The excitement is high in the ACYDMA Gold league, since there are four teams that struggle to win the title of champion. It was disputed the fourth day that left the tie to four of two of the favorite equipment as they are; Inmo. Promarina and Stilos. 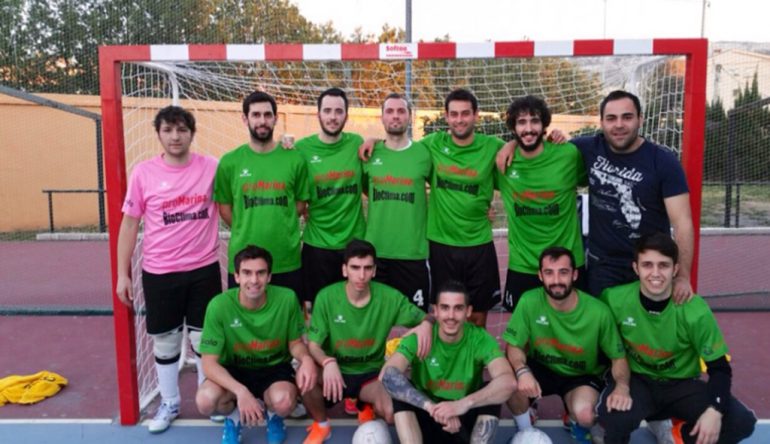 The group of Seguros Reale Ginestar did not have problems to win for 7 to 4 to Lino Roselló and who had more difficulties although he won was the Bar Trinquet that won Casa Miguel Juan by 4 to 5. Br. Nou Romá also did not suffer much to win Rotulart who defeated 7 at 1 and where there was more equality at Bodega Aguilar 1, Il Fratelli 0.

The top scorers rank top it; Álex Pla and José Polo with 6 goals. The most performing team is Inmo. Promarina with 21 goals and the least scored is Bodegas Aguilar with 4.

Great equality in the Silver League

In the Silver League there is also maximum equality with three teams at the top of the ranking. The markers of the fourth day were; Rte. The Fontana 1, Maxim Sound 3; Trafficluna 4, Els Poblets 3 and Rey Stock 6, Airsat 2. The game Nova Recall-The Marine I am postponed.

The classification is headed with 9 points; Seguros Reale Ondara, Maxim Sound and Rey Stock. With 7 is Airsat, followed by Trafficluna and Els Poblets with 6, Rte. La Fontana with 5 and close without scoring, Nova Recall and The Marine.

The top scorer is Juan Moreno with 6 goals, the King Stock team being the most goalscorers with 18 goals and Seguros Reale Ondara the least scored with 3 conceded.