"We are not doing something right in Dénia, when we are returning to levels of COVID-19 contagion from months ago". With this reflection Susana Mut, spokesperson for the Municipal Citizens Group in the Dénia City Council, is going to propose that the COVID COMMISSION be convened urgently to analyze the latest measures implemented both from the Generalitat Valenciana, and from the central Government. "Institutions cannot convey a sense of normality, when there is none, and then ask citizens to stay at home and at most in groups of six", said the orange spokeswoman. 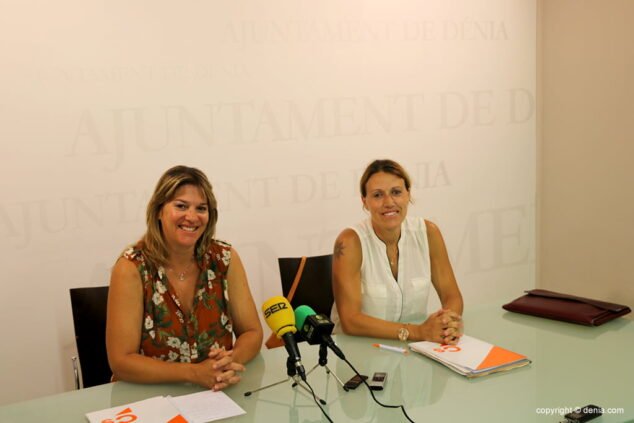 File photo of the councilors of Citizens

"The lack of coherence in many of the measures that are being taken from the City Council cause such surreal situations, such as carrying out activities related to Halloween, public access to sporting events in the pavilion, but in the open air the stands are left without public and yet it is allowed to be in the bar area ".

Explains the councilor in the City Council of Dénia, Fani Schwamb, that “A criterion must be followed according to the new published orders, and if we do not allow citizens to meet with their friends, how can we propose that they carry out an escape-room? Doesn't anyone remember the queues that formed in the Plaza del Consell last year? If the city council throws parties, how are we going to prohibit the Dianenses from having their own?.

On the other hand, Susana Mut, will propose in this commission that “A line of aid is created for the groups that are going to be permanently affected by the night curfew, such as entertainment venues. If the City Council can articulate decisions so that they can open, even with provisional bar restaurant licenses, we must put it on the table ".

The orange formation hopes that the call for this work table will not be delayed any longer, which in the end "It benefits the residents of Dénia".