La creueta . It montgó It is at the top and is a symbol for Dianenses: if you sharpen your eyes on clear days you can intuit it from the city. Going up to the Creueta is a typical excursion for the people of Dénia. We explain why it is worth climbing and everything you need to know to do it.

There are two ways to get to La Creueta:

It is very important that you wear mountain shoes or sports shoes adapted to stony terrain. There are many loose stones and the surface is steep. Of course you should bring water and some food, and be careful with the sun because there is no shade for much of the route: put on sunscreen, sunglasses and a hat.

Take into account the duration of the journey to dose forces, and choose the hours with less sun. And always check the weather forecast for that day.

The current cross has been on the top of Montgó since 1999, when a helicopter lifted it there. But before this, there is evidence of several crosses: in the Municipal Archive a memory of the placement of the cross in 1951 is kept. Thanks to this organization, we also know that much earlier, in 1895, a cross was erected in the same location. .

The 1951 cross was climbed on June 10. We cite a curious part of the placement memory:

"The preparation work in our City began the previous Sunday June 3, moving a group of five people to the same place where the Cross had to be raised and despite the bad conditions of the day due to the fog and rain, The point where the primitive Cross previously rose was located, that is, in the natural pinnacle that, exactly, is opposite Diana Street, the highest point visibly and dominating the entire Region. "

On June 9, 1951 the cross was placed "at the foot of the bell tower of the Parish, so that it could be seen by all." And the next day, at 6 in the morning, the march to climb the cross to Montgó began, led by the authorities of the moment, including the mayor, Antonio Muñoz Cardona. A large delegation, also made up of people from the surrounding villages, arrived at Pare Pere, where a mass was celebrated. To continue the ascent, which becomes very difficult from this point on, the arms of the cross were removed. Upon reaching the exact point, the cross was painted for better conservation and it was placed vertically, finally at 16:00 p.m., ten hours after its departure from Dénia.

In 1957 it was repaired because it was "knocked down by the wind", as explained in l'Arxiu documentation. Whenever the cross has been broken or fallen due to storms, it has been restored.

At the top that faces Jávea There was also another cross, of which today only the base remains.

The 1951 cross had these dimensions:

The panoramic view of Dénia is unbeatable: the coastline, the mouth of the port, the breakwaters, the city center, the urbanizations ... It is a point to see everything with perspective. 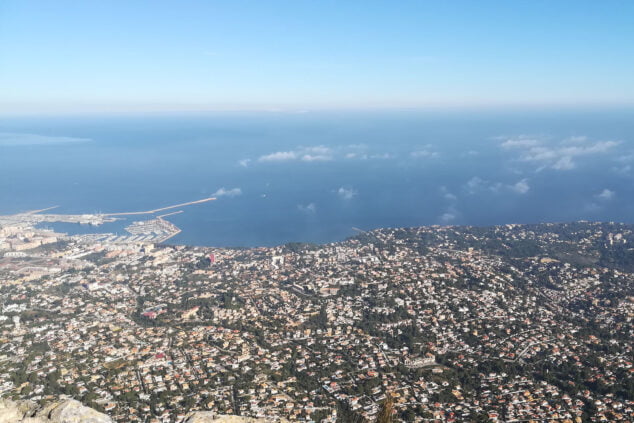 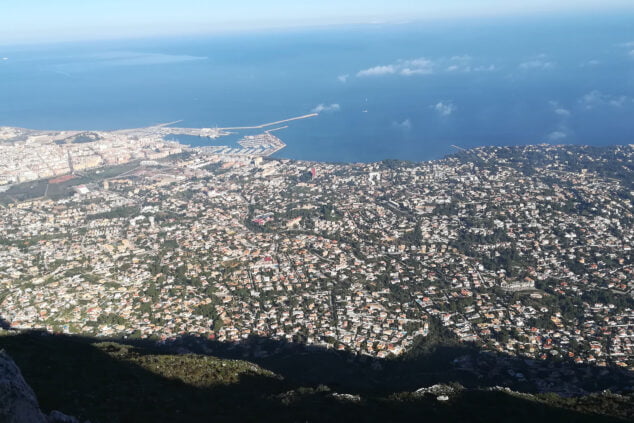 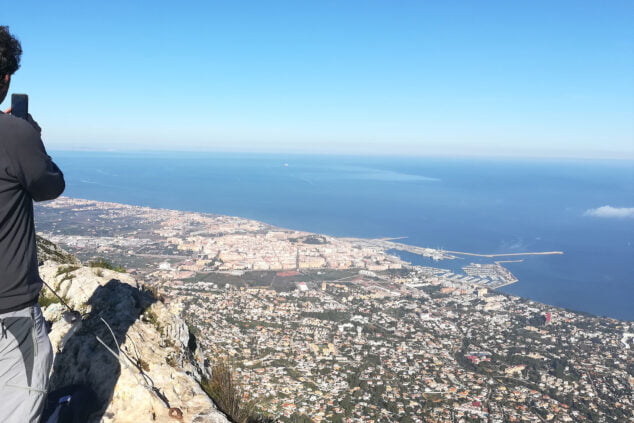 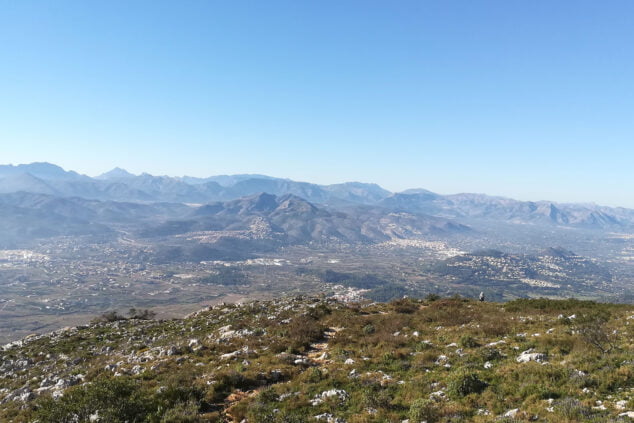 Days of heavy rains return, although for snow we will have to wait
04 January 2021