It was a game that came to have an income of 1-5 to rest and where only some refereeing decisions were about to descentrarles. The game started with absolute mastery of the visitors, who were lords and masters of the ball.

Were gradually succeeding occasions for dianenses front, in one Lunar 0-1 achieved the far shot. When April was able Dénia tin opponent's goal, everything was much simpler. With the passage of minutes, the dianenses goals were coming. The most spectacular was achieved by the pichici category, Igor.

The Dianense team came to get a clear 0-5 but before the break, the hosts scored his first goal after a foul not whistled for the Dianense team. Dénia players retreated to the locker room with the feeling of having the party resolved

The second part began with the fastest growing team Castalla achieved due to goal before the break. The dianenses failing sometimes very clear. Then came the moment when the referee wanted to be a protagonist and began to be permissive with the local team.

a Dianense assignment was invented and then conceded a goal to the premises where the ball had not completely crossed the goal line. Two actions that gave wings to the premises to be turned in search of the equalizer.

Dénia knew defense hold up well, being able to arrive late in the game with 4 5 to lead. Sumandos a complicated victory while still leaves important to them as clear leaders in the category.

This weekend, the dianenses receive Racing Garbinet, third classified. The game will be played in the Dénia Municipal Sports Center Pavilion, on Saturday at the 20: 00h. 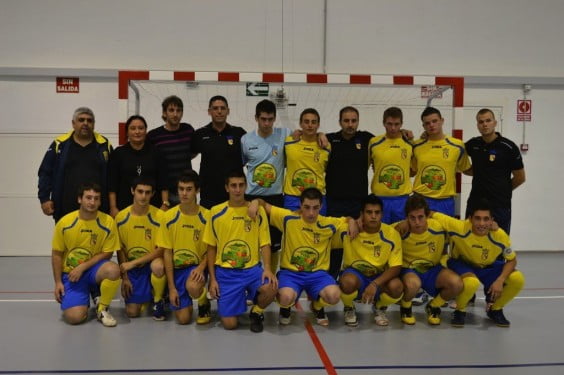