Ministry invests 2,5 million euros in the construction of a promenade in the "Mollet de Espanya"

The Ministry of Infrastructure will invest 2,5 million euros in a ride that is designed in the area of ​​Mollet d'Espanya. The new road will connect the new maritime station with the town center in a "direct and accessible" way, as stated by the Mayor of Dénia, Ana Kringe and the general manager of transportation and logistics, Carlos Eleno.

The works, in charge of the Licuas company, are already underway and, as Eleno has informed the mayor, "they are scheduled to be completed by the middle of next year."

Ana Kringe has used the meeting to transfer the director general disaffection among users of public moorings of Mollet d'Espanya, who claim that the construction of the promenade have removed the ramp and crane used to insert or remove their boats of the water. Carlos Eleno has been cast echoed the complaint with the commitment to study a solution for these users.

Regarding the new maritime station, the CEO has indicated that begin to function normally during the first quarter of 2013. The new station is located at the Moll de la Pansa and is capable of receiving 600.000 passengers a year.

The overall investment performance round 20 million euros, of which the Generalitat Valenciana has provided 10.370.000 euros and the company Puerto Natura, the concessionaire for the management and operation of facilities, the rest. 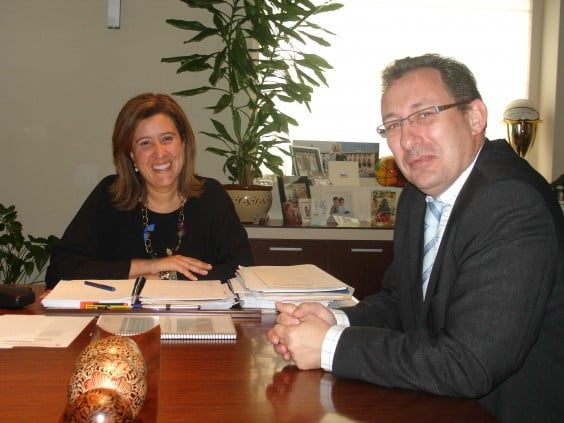 The Dianense opposition votes for an anti-squatting motion that, finally, remains on the table
August 26st, 2020
Leave your comments