Mediterranean Harmonies Is an ensemble of winds similar to those already existing in the middle of the XVIII century. This type of grouping was called the Harmoniemusik. Personalities such as Emperor Joseph II, Prince Nikolaus Esterházy, Prince Alois I of Liechester, Archduke Maximilian Franz of Austria and Prince Lobkowitz had at their service these ensembles, which played the music of the fashion composers. 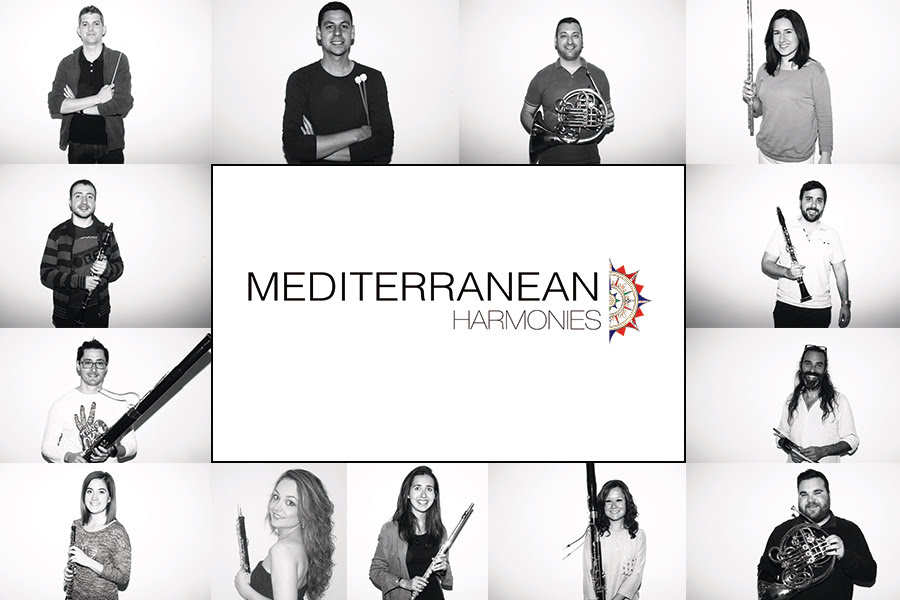 The template Mediterranean Harmonies Is formed by young musicians of Marina Alta. All professionals and experienced, have been part of countless musical groups both inside the peninsula and outside. With a brilliant academic background, instructed by first class teachers, they seek to realize their profession and passion among their people, with a new project that, at the same time, starts from a historical-musical basis.

Mediterranean Harmonies starts from research towards interpretation, rescuing all types of repertoire and delivering it to the public, always bearing in mind the professionalism of interpretation, historicism as a basis and music as a whole.

The concert will be on Saturday 23 of September, at 20: 30 hours, in the Social Center of Denia. Tickets can be purchased for 10 euros at the Manuel Lattur Music Academy.

Dénia will opt for the Guinness Record with a mural coffee maker by Tenor Cortis
August 31st, 2020

The Fundació Baleària organizes four exhibitions and a concert in September in the Marina Alta
August 28st, 2020

La Fúmiga: "If culture saved us when we were confined, it will also save us now"
August 14st, 2020

The House of Andalusia organizes An Andalusian Night in the Ondara Bullring
August 13st, 2020