Compromis per Dénia has joined concentrations Tuesday, 25 April, before the local authorities and the Valencian Parliament to support the initiative of the Parliament to demand a fair funding and investments that are ours in 2017 central government budget.

On the day when the battle of Almansa is commemorated and the Day of the Valencian Parliament, councilors and members of the group of Dénia have gathered in the basement of City Hall at 12 hours with a message held: "Volem a #TracteJust". 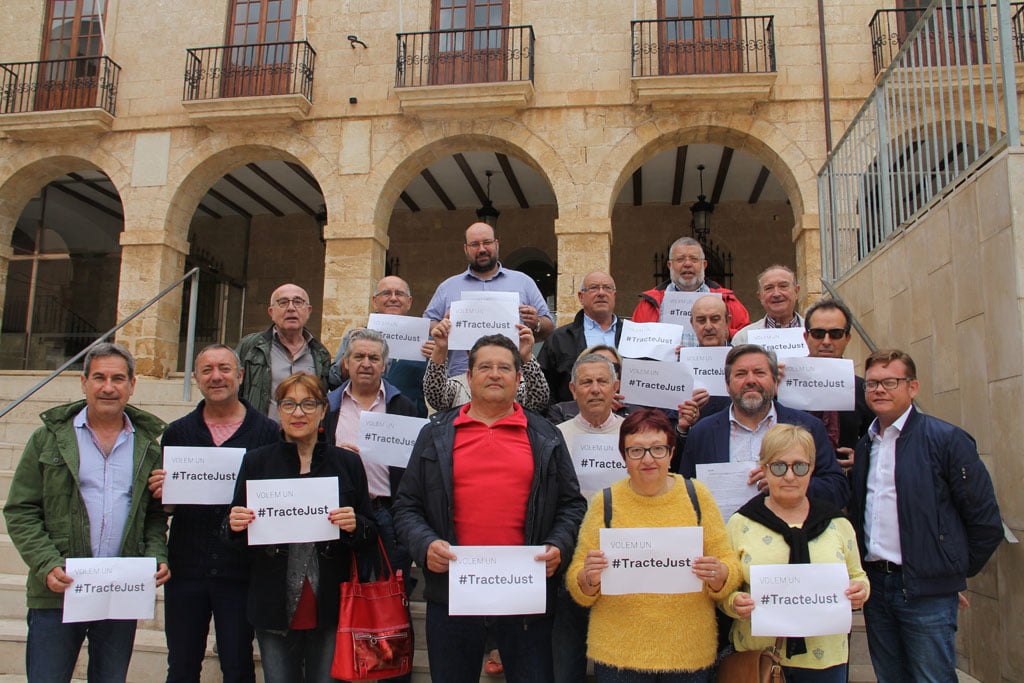 This call was intended to support the document signed by all parties Valencia last April 5, in which the government is required Rajoy fair investment. And it is that not only the investment failure in recent years is compensated, but "It has been reduced by 33%. Although we represent 11% of the population, we only receive an investment of 6,9%. As a result, each Valencian and Valencian will receive 119 euros per capita, clearly lower than the average 184 in the whole state, and far from the figures of other territories that will receive three times more than the Valencians "Reads the statement.

From Compromís considering "insulting the arbitrariness of the Spanish government when allocating investments, without paying attention to the legality of the Valencian Statute that requires that investments be in relation to the population weight. Lack of investments, unfair financing and debt produced by waste and the corruption of the previous popular government, leaves our Community in a state of impoverishment that, however, continues to pay as if it were rich.The central government has once again ignored the historical claims of Valencians and Valencians and is already more than evident that marginalizes us and treats us as second-class citizens ". 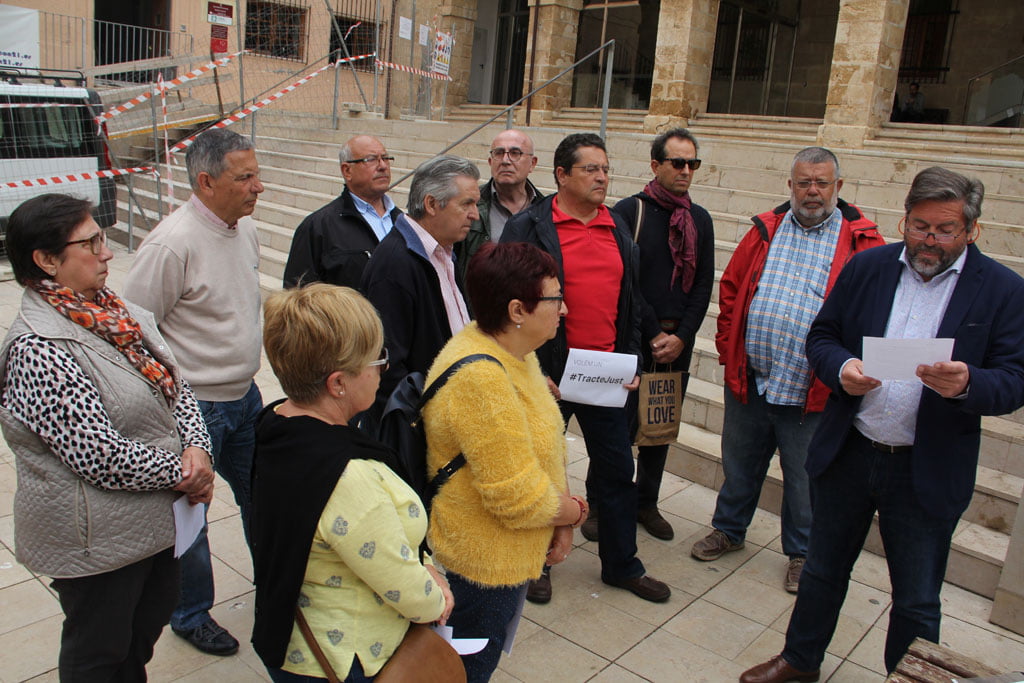 The leader of the party, Rafa Carrió, recalled to finalize the concentration that "We will continue to mobilize to claim what belongs to us, as is the case of the free AP7 or the completion of the Costa Train".

The deputy of Compromís, Gerard Fullana, bets on the creation of two stations in the Marina Alta
30 January 2020