The municipal group of Compromís He held a press conference this afternoon to report on his activity during the confinement, explain his decisions regarding the measures announced by the City Council and, at the same time, assess the first year of the current government team. 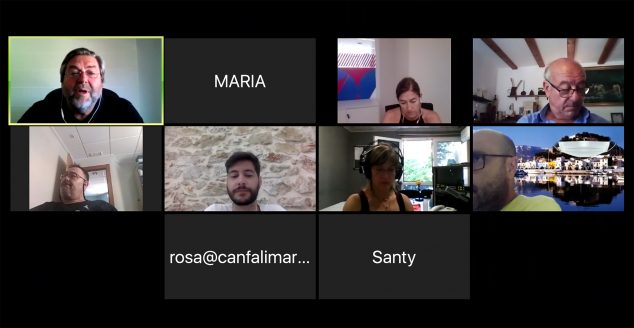 "We have been responsible and constructive, and have been quiet as the serious political group that we are", the spokesperson Rafa Carrió began the appearance. The Valencian councilor has admitted that they have been very hard months with which the executive has had to live and that in his opinion they have managed to overcome with good marks, celebrating that they have continued with progressive measures to overcome all these adversities. "We have been stability and balance because it was important to work together, leaving aside partisanship".

However, he wanted to point out that they do not agree with all aspects of the City Council's actions. Carrió has ruined the lack of humility of the government team to collect the proposals of the other groups. "A participatory commission was made that has finally been more informative because they have not listened to the proposals of others, turning them around to make them their own". 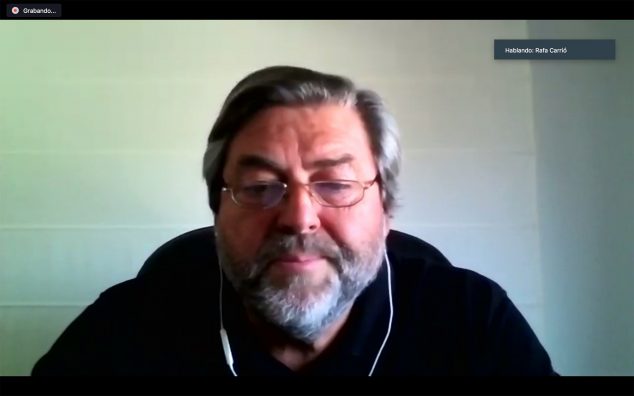 Rafa Carrió during the press conference

And he gives an example of this with the case of water bills, which Compromís had asked to be delayed in all companies and the City Council presented the measure as its own but only so that the hoteliers benefited, "as if the crisis did not affect the hairdressing salons". Similarly, the Valencian formation proposed the suspension of the occupancy rate of public roads and instead of approving it, as has been done in many other towns, "they turned it around to say that companies could be rewarded up to 100%".

But leaving aside the difficulties of DANA, Gloria and the management of the health crisis, Carrió has summarized the first year of solitary government of the PSPV as well as in "the continuation of projects already started in the previous legislature, the outsourcing of Studies, the rise in salaries and the roll".

In the first place, Carrió has described the balance made by the PSPV of his first year of solo government as "Partial and exaggerated". "We want all projects to be successful, and in one year of government some have been achieved, but it should not be forgotten that most of them are not new, they correspond to projects that were already launched with the Castell Agreement and which are also Commitment projects ”. Among the examples, he has named the projects of the Building Plan, Gasterra, the Espacio Castejón, the Athletics Track, the Diego Mena lawn, the Joan Fuster Section, the projects of the Provincial Council (Oeste-Padre Pere, Tenor Cortis, calle Mayor ), among others.

On the contrary, he has stated that he does not know anything about the results of pending projects such as the General Plan, the achievement of the work of Valero de Palma, the Fester Museum, the facade of the House of Culture, the study of the specifications of the new urban cleaning contract, the Autonomous Port, or the Master Plan of the Castell, among many others. And likewise, he has also criticized that in many councils no activity has been noticed, and that everything has been to outsource and contract studies to carry out projects that, "Today they sell as successes and are not yet a reality".

"What has not continued is the honesty, humility and austerity that was normal in the previous legislature.", and therefore, among other things, "Commitments are necessary in the government of the City of Dénia", said the mayor.

To finish, Carrió has made an internal assessment and has said that Compromís will continue to prioritize stability and the common good, being positive and supporting when appropriate; providing proposals, such as the construction of a roundabout at the intersection of Santa Llúcia, and motions, such as the creation of an Animal Welfare Table, to name some.

Regarding the latter, its delegate, Eva Round, has intervened to remember that “We are very grateful because they wanted to give us responsibility and we want to work to guarantee social participation in matters related to animal protection, but we want it to be a truly collaborative body and we will not allow ourselves to be marginalized, depending on the Mayor's office. of the decisions ”. Lastly, he explained that it is not yet officially constituted due to the postponement of administrative processes, "But it will be up and running shortly and we will begin to establish contact and meetings with the agents involved in the animal world".