The spokesman and councilor of Compromís per Dénia, Rafa Carrió, and Agustí Espí, local secretary of the collective, took stock of the most positive and negative aspects of the 2020 political year at the local level.

In the negative part On municipal politics, Carrió highlighted three negative things, "the lack of negotiation, foresight and prioritization of what is urgent and important". The mayor of Compromís made mention of the "Inability, of the Grimalt executive, to negotiate the RPT (List of jobs) that, as a consequence, led to the conflict with the nurses of the Residence, as well as the lack of a Trade Plan or parking in the face of pedestrianization" .

Second, he also pointed out that the government team "continue to sell smoke", alluding to what
"All the medals that are placed are from projects that we have already started in the last legislature, but they also boast of many others that are not tangible or are pending". 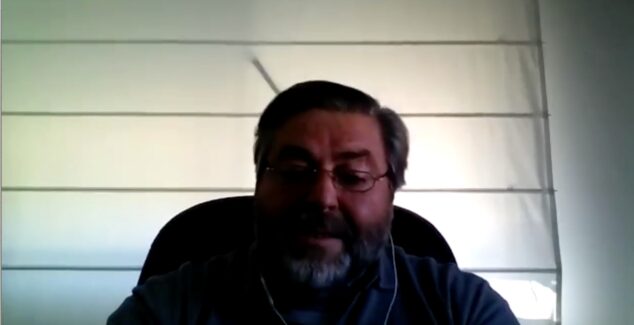 The mayor Rafa Carrió at the press conference

Continuing in the negative, Carrió denounced “The way of acting and doing sectarian politics of the government team,
arrogant and not very empathetic, typical of its absolute majority, forms that are in the daily background and contrast with the public image that they strive to appear on social networks and media ".

In positive, the spokesperson for Compromís highlighted the projects that have seen the light this year, such as El Espacio Castejón, La Xara school, Verger Alto and the athletics track, "Tangible projects that are nevertheless a continuation of the one we started with the Castell agreement".

Carrió also underlined the announcement of improvement projects for the town with subsidies that come from the Consellería or Diputación, such as: the creation of the Campus of the UA and rehabilitation of Torrecremada, the continuation of projects of the Edificant Plan, the ECOVID program or the works of improvement and redevelopment of streets as
Stop Pere or Glorieta.

In addition, on the positive side, he qualified the City Council's social aid, as well as the good will to collaborate and work together to counteract the effects of the health crisis.