Compromís per Dénia yesterday unanimously approved the candidacy of Rafa Carrió to head the Compromís list in the 2023 elections. Yesterday's general assembly determined that this is the only candidacy presented and has had the full support of the colleagues of the collective from the beginning. 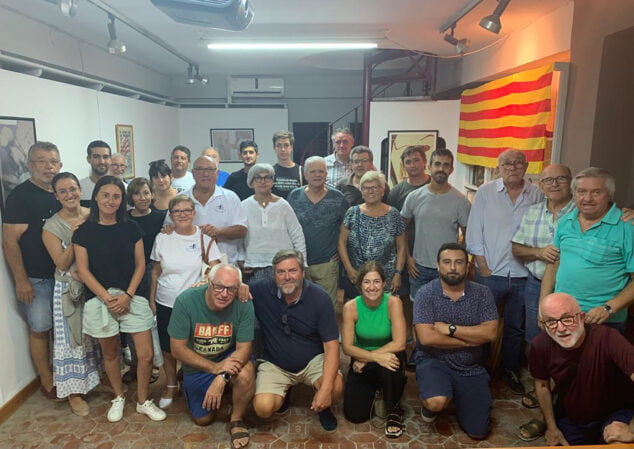 Last assembly of Compromís per Dénia

From now on, Compromís opens an electoral process whose main objective is to be decisive when it comes to forming a government. their commitment, they announce, is "to continue working for the people of Dénia, with courageous policies and proposals that improve people's lives". According to the formation, "without Compromís in the local government, the roller and sectarianism have been applied by the government team, therefore, it is necessary that Compromís be in the government to carry out the policies that were already started in 2015" .

The Compromís executive is satisfied with Rafa Carrió heading the municipal list given that "he is a hard-working, charismatic, open-minded and positive person who represents the values ​​of Compromís." "He has been a proactive councilor and an unbeatable leader", highlighted Agustí Espí, local secretary.

For his part, Carrió thanked the support of the militants and sympathizers for his candidacy, both now and in the last elections and declared that “these four years after the COVID-19 crisis and with the consequences of the war in Ukraine it is necessary that Compromís is governing in the next legislature and that the policies carried out by the government of the Botànic are a reflection of the municipal government”. In addition, he stressed that the main reason why he returns to appear as head of the list is the group of people with great capacity and value for work and management.

Finally, Carrió called for the involvement of the militancy to "improve results and meet all objectives without forgetting three values ​​that characterize Compromís: progressivism, modern Valencianism and political environmentalism." He also wanted to remember that "Compromís governs for all citizens, for its voters and for those who are not, because the only objective it has is to transform society and improve people's lives."