Compromís per Dénia has criticized "the lack of good governance and communication" from the executive of Vicent Grimalt (PSPV) with the rest of the Municipal Corporation regarding the meetings and visits of supra-municipal public officials, "after Dénia has received up to four institutional visits in the past month, the opposition having knowledge only of the press".

According to the Valencian spokesman, Rafa Carrió, in the past plenary session Compromís asked the question why the rest of the political groups had not been notified of the visits of the delegate and sub-delegate of the Government and the Autonomous Secretary of Tourism, a practice that had been done since the last legislature and "it was a commitment to good governance, participation and harmony with the rest of the Corporation". It was answered that in that specific case, "The visit had not been communicated because we were still in an emergency situation".

Almost a month later and after the State of Alarm ended, Dénia visited the President of the Generalitat, Ximo Puig, "with a large entourage", to start the coastal control campaign through beach attendants. "However, the rest of the Corporation had no news of that visit other than by the press, and we were not invited, they tell us afterwards, to avoid crowds, which contrasts with what the photographs show." Carrió says.

And it is that Carrió explains that "There are no instructions or an explicit protocol, neither from the Generalitat nor from the City Council, so that the opposition has stopped participating in the visits of supra-municipal officials". For this reason, Carrió adds that "it seems that with these behaviors the situation is being used as an excuse to marginalize the rest of the public affairs groups". For this reason, he has criticized that "It is curious that, although the government team does not see the presence of four representatives of opposition political groups as necessary, it does see the need to congregate and take pictures with a multitude of people and a long procession of charges."

Carrió stresses that it was in 2014 when Compromís requested in a motion that all the members of the Corporation be communicated sufficiently in advance the visit of any authority outside our consistory and with the utmost diligence if it is for consellers, deputies or the Presidency , "not only for reasons of good governance and respect, but because at the end of the day we are representatives of society who can transmit and make specific demands on these charges". And Compromís plans to reapply to the local government to report, at a minimum, the charge visit.

The councilor adds that a couple of days ago the Autonomous Secretary of Public Health, Isaura Navarro, also visited Dénia to present Dénia's adhesion to the network beaches without smoke, an initiative that has been promoted by the Deputy of Compromís Jordi Juan in the Valencian Courts through an NLP, and there was no communication from the Dénia City Council. "In this case, we were aware of the visit by the same cabinet of the autonomous secretary and we had the opportunity to meet with her and learn first-hand about the policies and actions that the Generalitat is carrying out in health matters from the Generalitat." 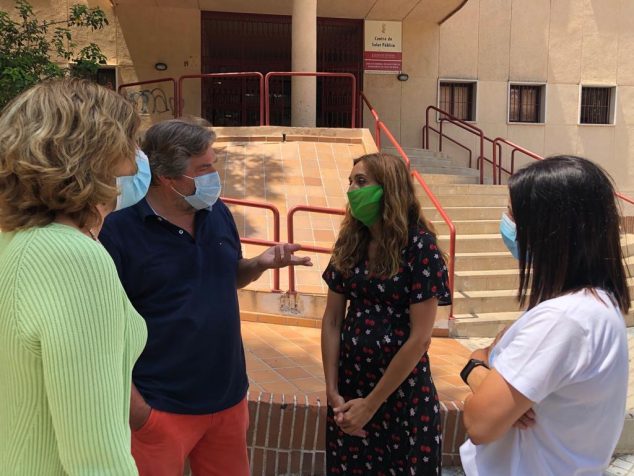