Compromís per Dénia held this Friday, in the Jauja room of Baleària Port, the XXIV edition of its Premis of Tardor, a celebration of the Valencian culture and essence that this year rewarded two heavyweights in different areas: Professor Tomàs Llopis and the Aspencat group. 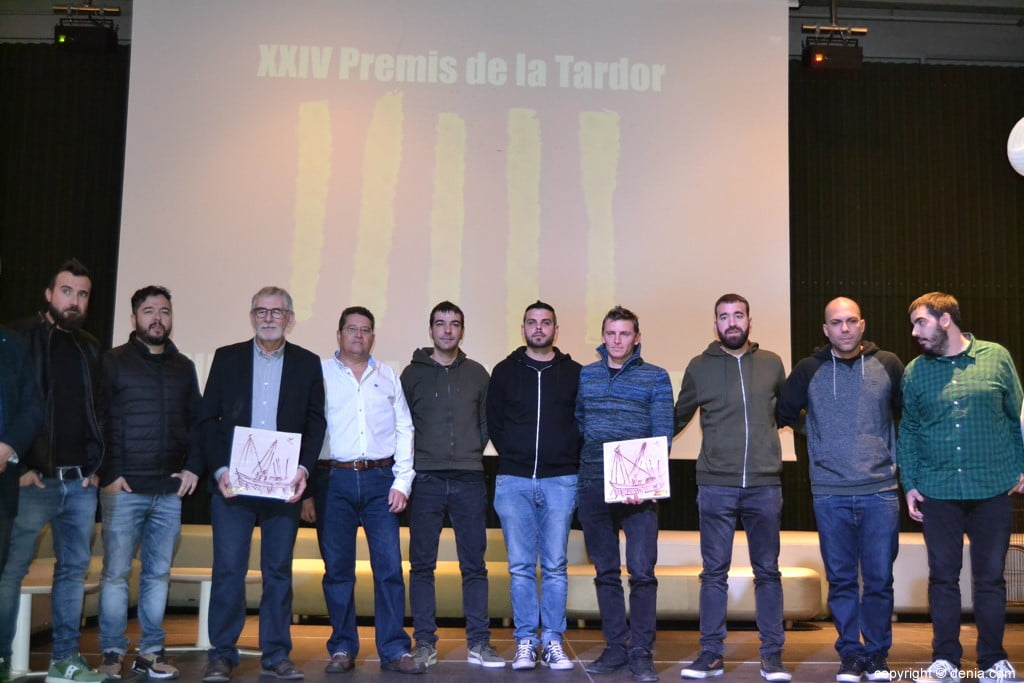 The young Marta Escortell and Joan Espí were responsible for conducting the event, which first acknowledged the work of Professor Tomàs Llopis with the Tomàs Miquel Perelló individual prize. Before I picked it up, a video was shown in which several people related to Llopis talked about the award winner, his virtues and achievements throughout an intense career in education and in support and work for the Valencian language.

Once again on the stage, the writer, anthropologist and sociologist Joan Francesc Mira, president of Acció Cultural del País Valencià, that Llopis highlighted his generosity and kindness as a person.

Then, Tomás Llopis received from the hands of Vicent Català the traditional socarrat. Llopis claimed the territory as an identity space, "a space that is ours and is defined by history". But not only that, he also asked "rescue our history", because "history that is not part of collective memory is useless." 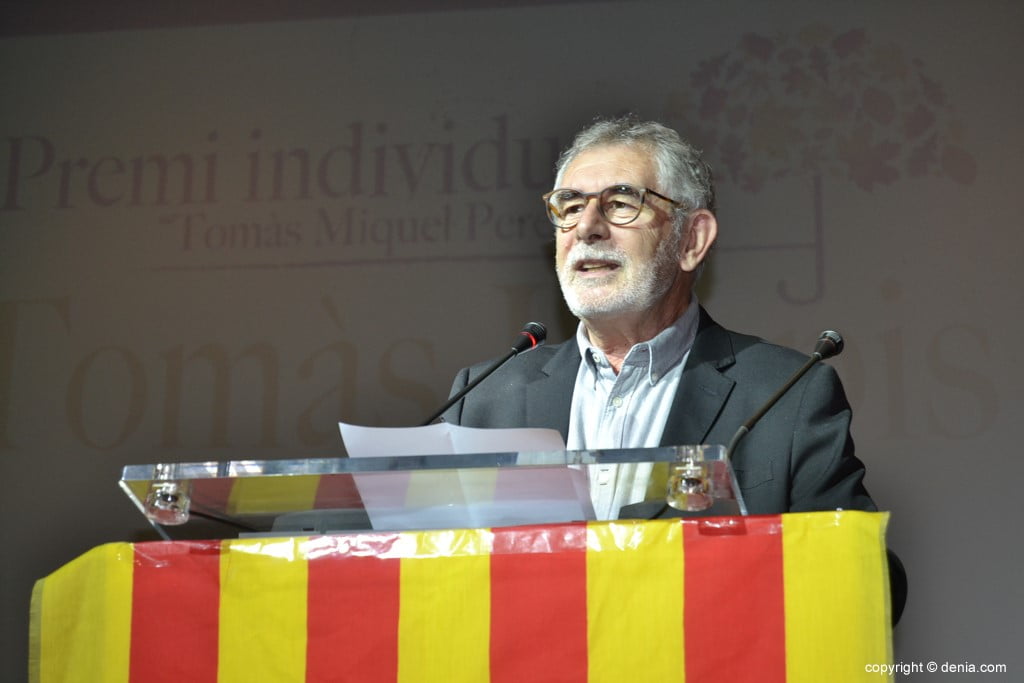 After the individual prize came the turn of the collective prize, in this case for the group of Marina Alta Aspencat. For them a video with the testimonies of several followers, all of them recognized in the Marina Alta, who praised their work and asked them for a new album, was broadcast.

It was the General Director of Language Policy, Jaume Fullana, from Xaló, who dedicated a few words to them before the award ceremony. Fullana congratulated them, especially because many of them have seen them grow in the region, "For having become a symbol and having converted Valencian music into a symbol". He valued his "message of struggle for civic, social and democratic values, and a message of claim for collective identity". 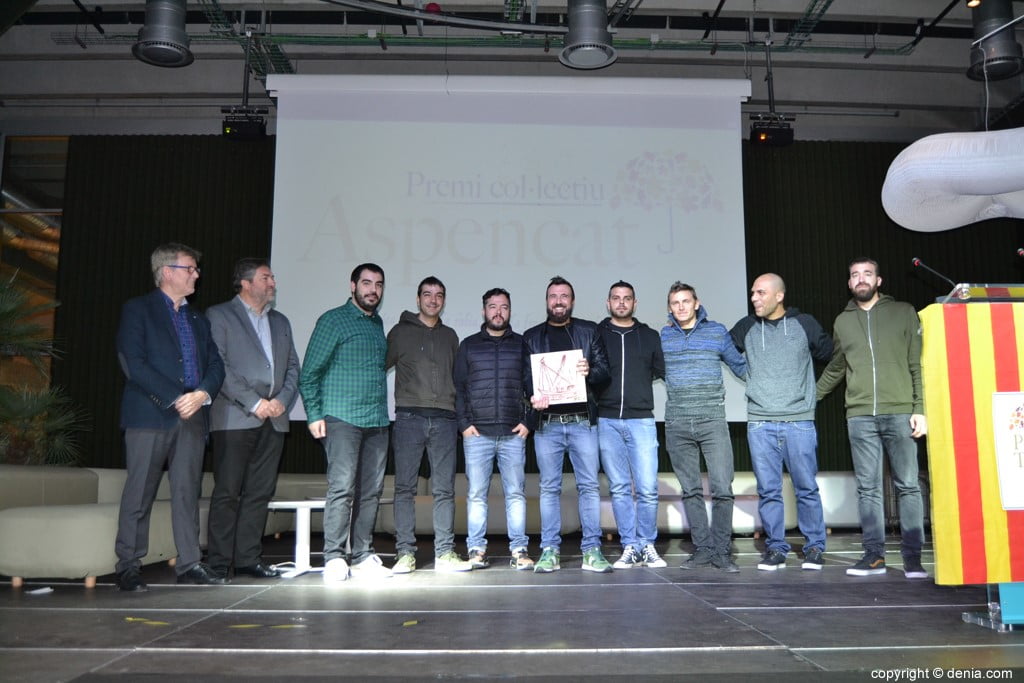 Aspencat received the socarrat from the vice mayor of Dénia and councilor for education and culture, Rafa Carrió. The group, in an impromptu speech, thanked the recognition and remembered those van trips that have led them to interpret their music in Valencian throughout the country, to destinations as diverse as Andalusia, Cantabria or Galicia, demonstrating that music does not have borders.

Before ending the event, Rafa Carrió highlighted the sensations, sensitivity and feelings that spring from the winners this year. The local secretary of Compromís per Dénia, Vicent Català, thanked the public for attending and took the opportunity to congratulate the winners of this edition 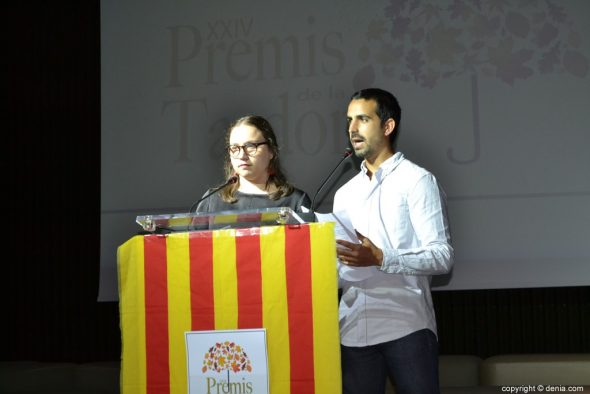 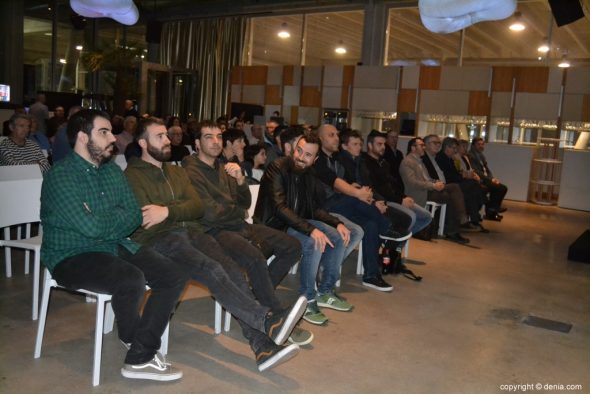 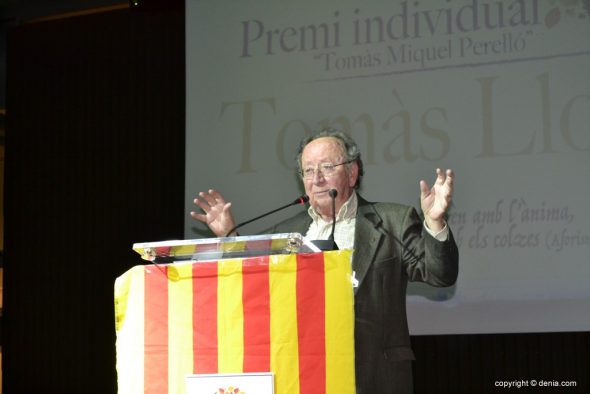 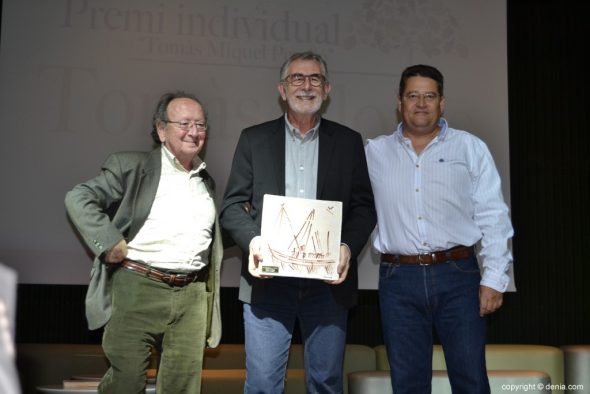 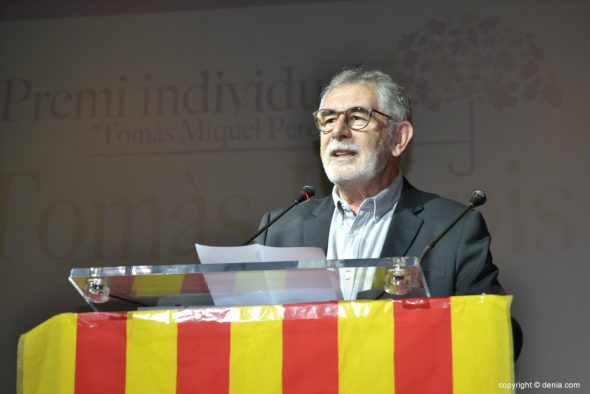 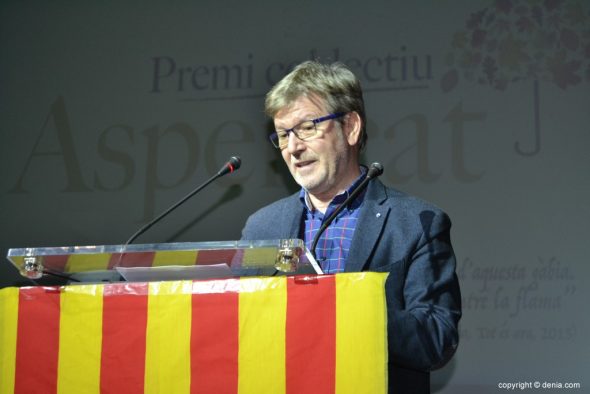 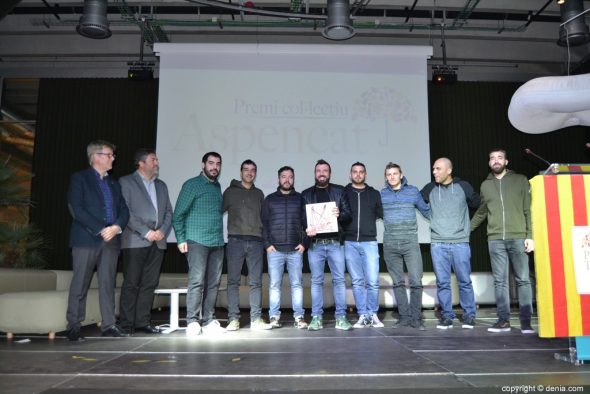 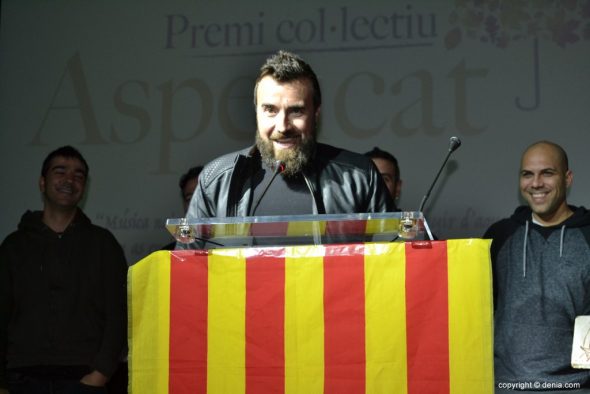 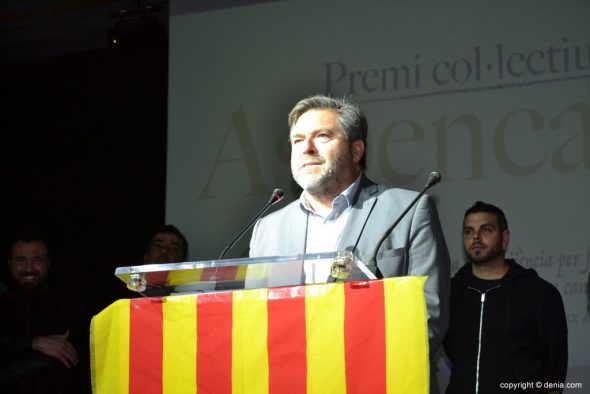 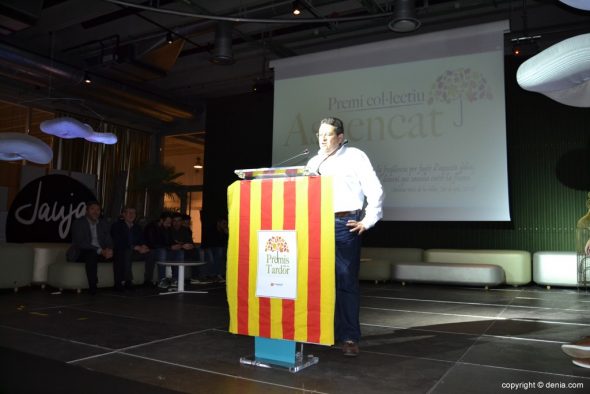 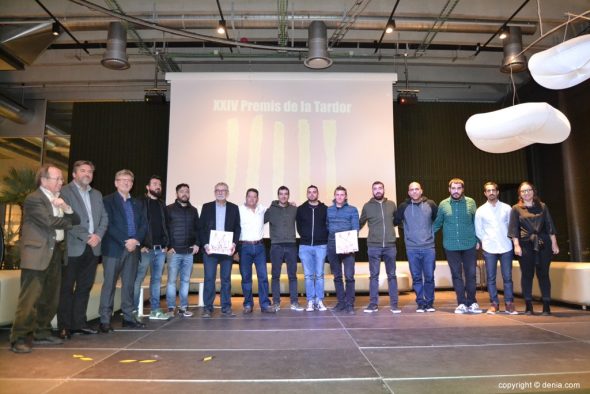 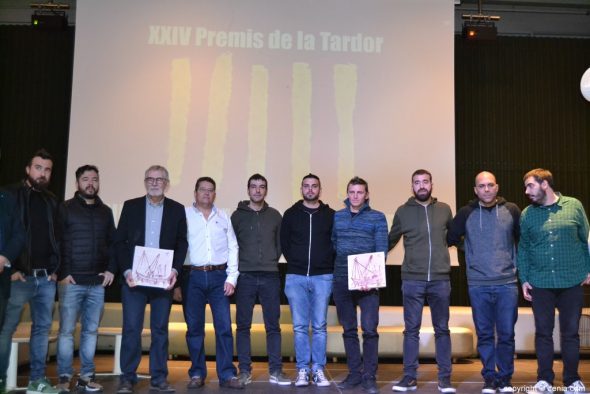