The spokesperson for Compromís, Josep Crespo, Accuses the mayor, Ana Kringe to make "cronyism and deal with the businessman Alejandro De Pedro, detained in the" Punic Operation ". 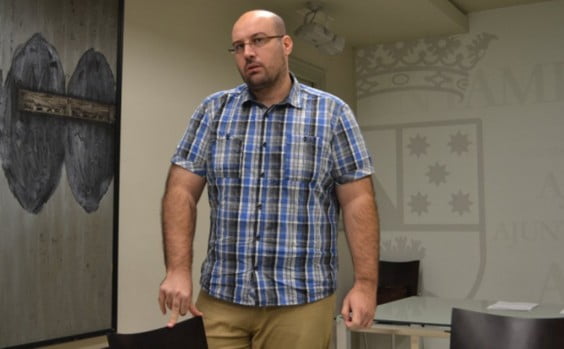 During the plenary held yesterday, Crespo asked Ana Kringe, if it was De Pedro who led the election campaign. The answer was" Do not mix issues match with municipal issues"The mayor acknowledged that this entrepreneur is the one in charge of Kringe's personal website.

Before this demonstration, Crespo believes that the mayor has betrayed itself by admitting that the services which subsequently hired the municipality of Dénia, had something to do with it.

In this political formation, it is still thought that the mayor and the mayor, Sisco Signes they knew the businessman De Pedro much earlier, and therefore the arguments given do not serve him, as regards the hiring of the company of De Pedro, for having good references.

Compromís asked the department a detailed intervention with all bills paid for services rendered by companies EICO and Madiba report.