The CFS Mar Dénia has a complicated exit to the track of the team that currently leads the group III of Second Division “B”, Hospitalet Bellsport. The clash is played at 18 pm in the Bellvitge pavilion of the Catalan municipality. This is a game where the Dianense squad has little to lose, since it measures one of the greats of the group, a team that has practically been throughout the championship in the first place of the classification. 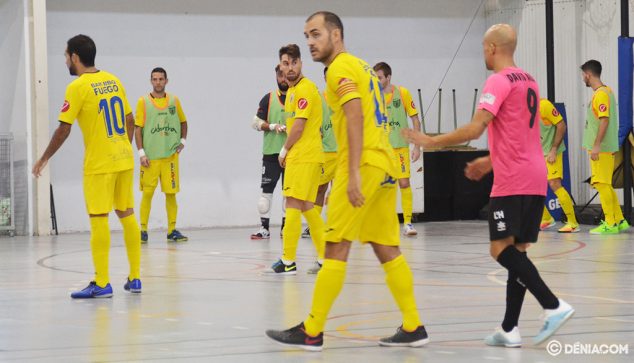 Defenders of the Sea Dénia with David Alba

The Catalan team in 20 days has only lost two games, none of them at home. They lost in their visit to Cerdanyola (6-3) and their last defeat dates from December 21 to fall on the court of Sala 5 Martorell by 6 to 5. In his last five days he has not lost a single point.

The statistics on the dianense side is quite the opposite, the Mar Dénia has only won two away games, in Cerdanyola (3-4) and on the track of the Santa Coloma Industries “B” by 2 to 3, but this victory makes many months, specifically in October. The last victory of the formation directed by Jordi Durán dates from January 11, a month ago, when they beat Pallejà at home.

During the week it has worked with intensity and with the belief in all the players that they are going to get out of the situation in which the team is. Durán will continue with the casualties of Edu Romany who follows his good evolution and that of Blai, who seems not to be in the game in this clash.

In the Catalan squad, despite the march of Sergio Costa “Chechi” a week ago, there are great players such as Iván, Roger Carbó, Cenis. David Ruiz, Marcos Rodríguez or David Alba, brother of Jordi Alba, the side of FC Barcelona and the Spanish National Team.