The CFS Mar Dénia has a complicated exit, to the track of the municipal pavilion of Martorell, where the Group 5 Martorell is measured in a duel that will begin at 20 hours. 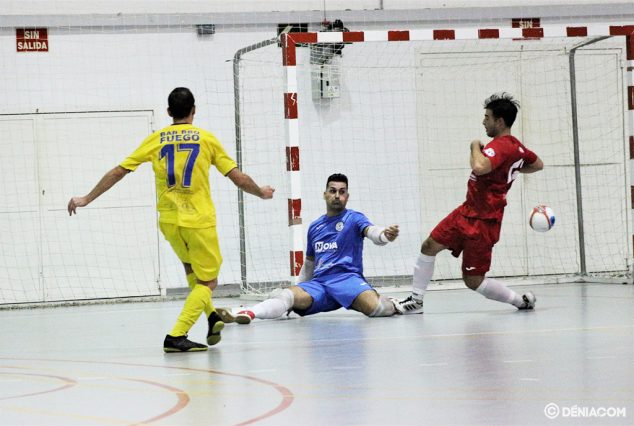 Within the yellow wardrobe, this clash arises with the feeling that you have nothing to lose, given the entity of the rival, and where there is much to gain, if you add the three points.

The dianenses will have as their main rival, since they will have to see how they manage the irregularity that has made them get into relegation positions when they have a squad to be much higher in the classification.

The Catalan team becomes strong in its fief where it has only lost two games, in the first round and against rivals that are not from the top. Sabadell Swimming (1-6) and Escoles Pías (0-3). In the Martorell municipal, the first three classified, Hospitalet (6-5), Aliança Mataro (4-1) and Barceloneta (6-5) have fallen. This demonstrates the motivation with which players play when faces are seen against powerful teams.

It is a complicated field more if you consider that the Catalan team, which now occupies the fifth place, struggles to reach the third position from which four points separate.

Meaning that the Dianenses managed to win the Catalan team in the first leg played in the Joan Fuster pavilion by 4 to 2. Although at that time the moment of form of the boys trained by Jordi Durán was much better.

The Dianense coach recovers for this shock to David Jaén, absent in the last match played against Industrias García Santa Coloma. Blai looks like he will be out of the call again as he continues his recovery process from the injury that has kept him away from the playing fields in recent weeks.