Freshly made homemade cocas in Dénia with La Coquería

The Coqueria It follows the current gastronomic trend of recovering traditional flavors and recipes. Dora Perelló, along with her sister Tere, are the heart of La Coquería. They are heirs of a great family wealth: the recipe of his grandmother, original from Orba. A recipe from a time when cocas were the basis of food, and its ingredients came from the home garden. This is the concept they work with: traditional recipe with local ingredients. 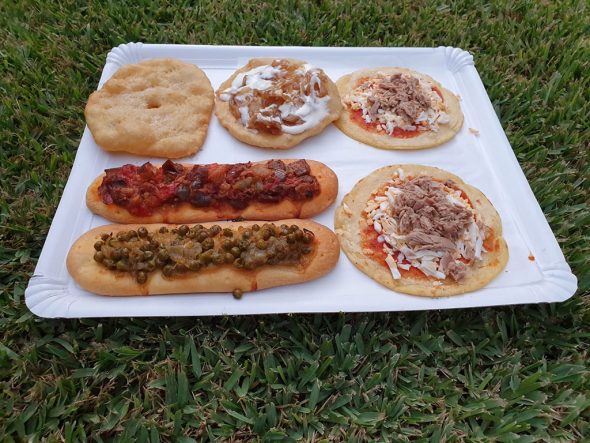 What are proximity foods? The strength of the near

Proximity foods are those that do not travel long distances or come from other parts of the world. They are those that grow by our side: they have more flavor and more nutrients, they are more ours, more recognizable, we carry them in our DNA. For example, tomatoes and peppers freshly picked and adorning cocas. Vegetable matured in the sun and that maintains its pure flavor.

Recovery of the traditional recipe of cocas

La Coquería puts into practice Mediterranean cuisine, healthy and at the same time innovative. And it values ​​the products of La Marina. Dora and Tere work every day to popularize their cocas, which have nothing to envy to import pizzas. Fregides, de dacsa, of pasta bona, and prepared at the moment with the wisdom of the grandmother. The recipe for the mass of cocas is part of the life of these entrepreneurs.

La Coquería is the first establishment in the Valencian Community where only cocas are made to take away. His journey began with a food truck and touring the villages to show the cocas. Now, La Coquería has received the A artisan of the Community for following traditional guidelines and recovering almost forgotten flavors.

Are you hungry? Create a coca to your liking in La Coquería
August 06st, 2019

The most delicious personalized cocas at La Coqueria
June 03 2019

The Coqueria
May 30 2019
Leave your comments