Dénia citizens together with the Popular Party have presented a motion that will be debated in the Ordinary Plenary Session of the City Council on Thursday April 30. Susana Mut, spokesperson for the municipal group of Citizens, already claimed a month ago this symbolic act at the Board of Spokespersons on March 27. They propose that all flags be flown at half-staff as a sign of mourning and recognition of all those who died from COVID-19. According to the latest data provided by the Generalitat Valenciana, 17 people have already risen to death in the Marina Alta region and almost 200 are infected. 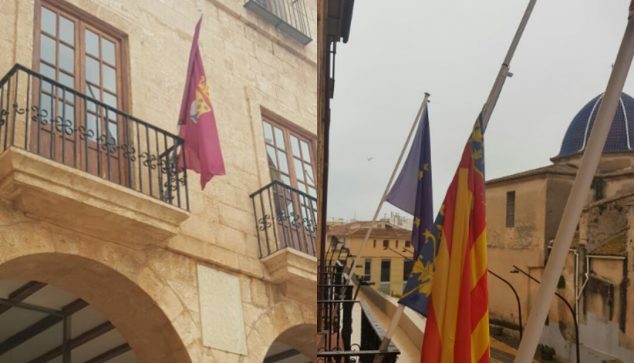 Flags at half mast of the town hall

Last Sunday the Valencian Generalitat decreed official mourning throughout the Valencian Community and waved the flags at half-staff. Likewise, three minutes of silence were observed in memory of the victims.

Susana Mut indicates that: "The recognition of deceased people by official institutions is not only a sign of respect, but also a way of accompanying all those families who have not been able to fire them due to the restrictions established in the State of Alarm decree."

Furthermore, "Recognizing the work of all those professional groups that continue to be on the front line fighting the effects of COVID 19, cannot go unnoticed and for this reason, any sign of recognition from public institutions must be representative of the entire city, for that reason the unity of all municipal political forces must be stronger than ever at the moment ", recalled Estefanía Schwamb, councilor of the orange party.