The municipal group of Citizens joins the criticism of the action of the Councilor for Public Health of Dénia, Cristina Morera, which has been vaccinated irregularly, so the orange formation demands his resignation. 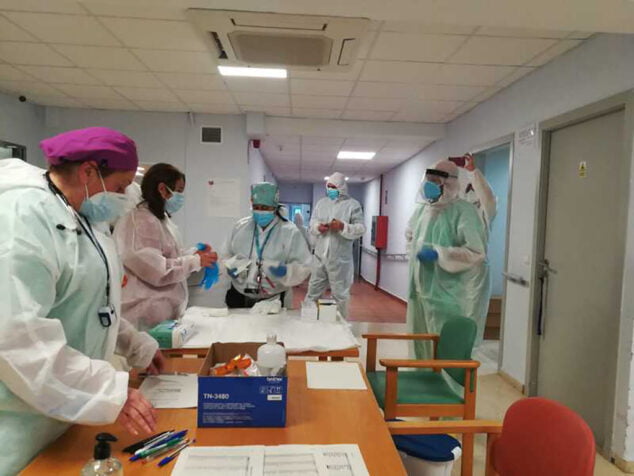 The spokesperson for the Municipal Group of Citizens in the City of Dénia, Susana Mut has stated: “It hurts me deeply personally, for knowing Cristina and having worked together with her during this time. It has been an unpleasant surprise and a tremendous disappointment to learn what has happened. I only hope that he knows how to measure up and voluntarily withdraws from his position. There are too many cases in our region and any new case is already indefensible. We must root out this culture of abuse. It is embarrassing for others to have to read that there are politicians who put themselves and their favored and close friends first. I just hope that if there are more local politicians who have fallen into the same circumstance, they will react and voluntarily withdraw before we have more scandals of this type ".

"Placing Dénia in the media spotlight again for this type of circumstance is unsustainable, and Cristina Morera must present her resignation, as stated by her Secretary General and President of the Generalitat Ximo Puig". The orange spokeswoman has indicated that “We have had countless work meetings and this irregular vaccination was kept from us at all times. Even when talking about the irregular vaccinations of El Vergel and Els Poblets, their fellow party members justified them and now, unfortunately, we understand why ".

The Municipal Citizens Group will request an investigation to clarify the circumstances that led to the irregular vaccination of the Socialist councilor and who was most vaccinated with the rest of the remaining vaccines in the Santa Llúcia Residence, which were originally intended for residents, but that when testing positive for COVID, according to Cs, they were destined for people not authorized by health protocols.

"The position of Ciudadanos since the crisis of illegal vaccinations broke out throughout the country has always been the same, demand the resignation of public officials vaccinated by breaking the rules, since their lack of ethics calls into question the good work of many servers public ".

Opinion of Vicent Grimalt: "A pressupost per a l'any de l'esperança"
19 of February 2021
Leave a comment