The results of the fourth round of the regional league ACYDMA have made that equality is maximum at the top of the clasficación. In fact there are five teams that are in front of it with the same score.

In the most interesting match of the day, Hotel Nou Roma Reale Seguros Ginestar tied three. It was an encounter equaled until Reale took the score just before halftime. In the second half, the insurer set again jumped twice the score. With three goals against, hoteliers placed goalkeeper player and got even a party that had lost for many minutes. 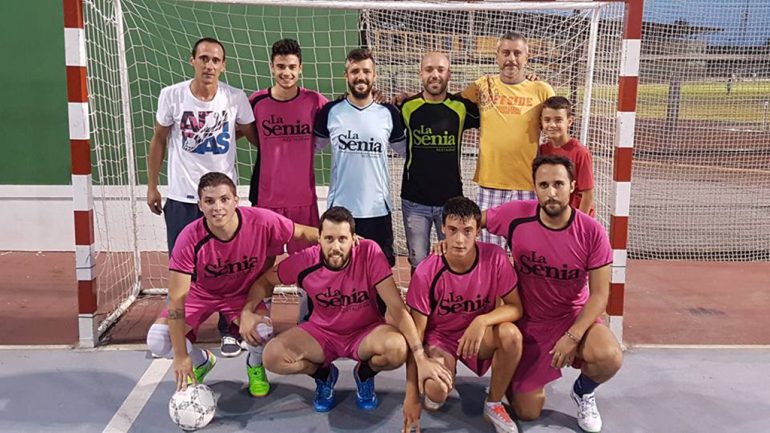 Il Fratelli's team showed no mercy and bottom club defeated 5 0 to adding this victory to the leading group. So did the team Ondara, Bodega Aguila, r who beat Maxim 4 to 1 Sound by, reaching sharing the lead with four other teams.

The whole Cal Nay Bar Beniarbeig had more problems than expected to prevail at the Pools Denipool Dénia who was about to give the surprise of the day. The Beniarbeig goalkeeper was key to his team winning 1 to 0.

There was little history in the confrontation between Peluquería Stilos Rafol and Paidos Dénia, that fell from the side of the set of Rafol by 4 to 1. The AD Group had more problems than expected to beat Pedreguer FS who beat by the minimum, 2 to 1. An easier victory was achieved by Dorian Gray Before the Bar Marcilla that defeated by 6 to 3. Where there was more equality was in the clash between the set of Els Poblets and Cada Llobell Ondara, which ended with triumph for the first by 3 to 2. Also was very level the match between Rte. Miguel Juan and La Xara actually finished in boards, 2 to 2, being a meeting where none of the teams surpassed the other.

Classification after the fourth day of the league