The clash between B. Aguilar and Rte. Juan Miguel ended with distribution of points (3-3)

The clash between Bodega Aguilar and Rte. Miguel Juan focused all the attention of the thirteenth day of the Acydma regional league. Not in vain these two teams came occupying the first two places in the standings. The match played in the Pavilion of Ondara responded to expectations. The locals started dominating getting ahead on the scoreboard. However, the dianenses reacted very well going on to have more ball possession. This dominion allowed them to overcome the adverse marker and go to the rest with advantage, 1 to 2. 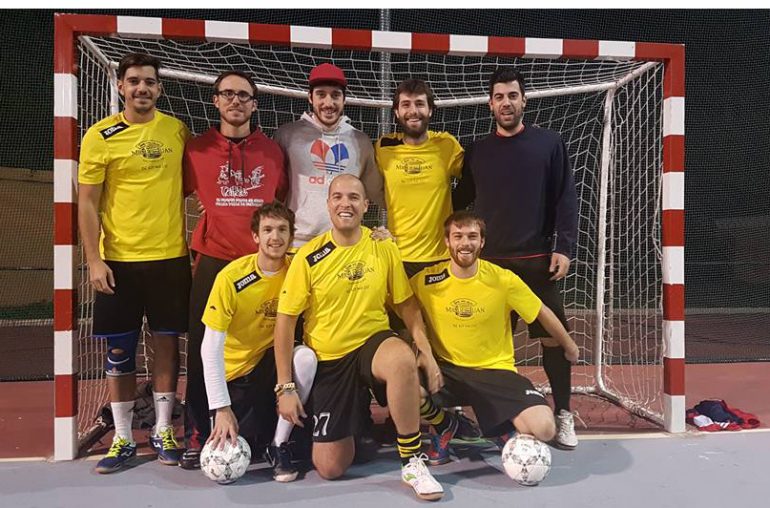 Ondara's team came out with great force at the start of the second half to get the match. With ten minutes to go, Rte. Miguel Juan, risked and put goalkeeper-player. A tactic that gave them results as they scored the goal that returned the advantage. But the joy was short-lived because a minute later the locals scored the equalizer. Therefore, the match came to an end with a tie to three, with fair distribution of points.

In the Dénia sports center another very interesting match was played between Il Fratelli and Reale Seguros Ginestar, which ended in a tie at four. The clash for Il Fratelli began very well and they claimed an income of 3 goals. In the final stretch of the first period the boys of Ramón Marcilla reacted by scoring two goals. In the second half the forces were balanced and the end was reached with the distribution of points.

The win of this day came from the hand of the whole Barber Stilos Rafol that beat the FS Moraira by 10 to 1. The party was dominating by the rafoleros that did not have problems to defeat to a much inferior rival.

In the shock that was about to jump the surprise was played by Hotel Nou Romá and Pool Denipool. A match that ended with 5 to 2 but where the hoteliers had to put all the meat in the spit to break a complicated rival.

The classification of the trophy to the maximum producer is headed by the players, Darío Roda, of the Hairdresser Stilos Rafol and Juan Alfonso Sivera, of Il Fratelli, both have scored 20 goals.

The top scorer team at the moment is Reale Seguros Ginestar, with 83 goals, and the trophy for the least-scored team is for Bodegas Aguilar with only fourteen goals conceded. 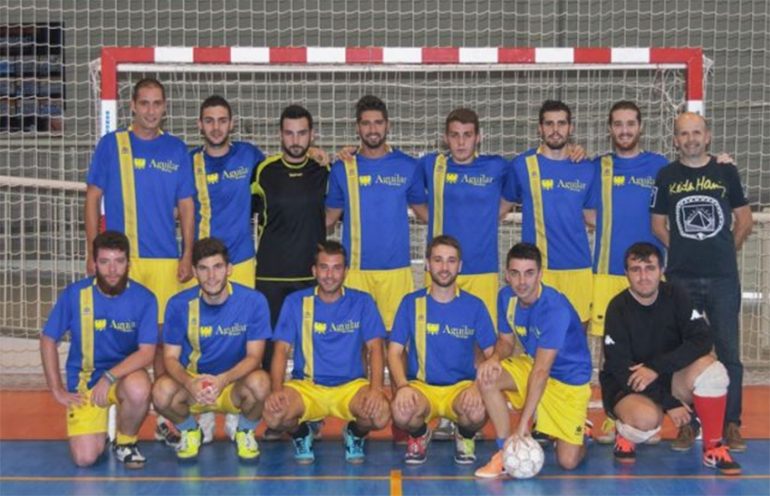 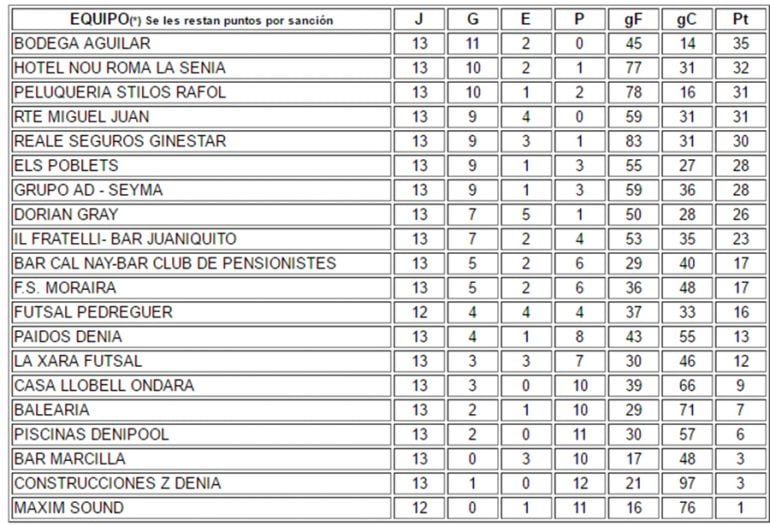