Almost € 300.000 to protect users and staff of the Dénia residence

Dénia City Council yesterday announced the first package of measures for economic recovery after the health crisis in the municipality, both for companies and for vulnerable families, individuals and groups. The latter will have an approximate budget of 1.466.750 euros, part of which will be used to reinforce the protection of the Santa Llúcia residence. 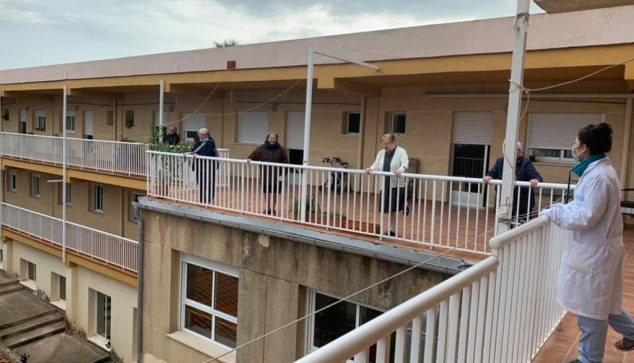 In the last update of Sanitat, 101 centers have been detected throughout the community with residents or health workers who have tested positive (18 in the province of Alicante). However, the dianense residence is maintained to this day with zero positive cases among its users and workers, who constantly fight not to let the coronavirus enter its doors, which, as we know, increases its lethality in senior centers.

Of course, the consistory is aware of the risk that is run in the center so security measures have been established from the first day of the state of alarm, and they have even received a visit from the UME to disinfect the place. Now, with the support of all municipal groups and technicians, the increase in spending on managing the Santa Llúcia residence has been signed to face the pandemic, which will have a final budget of € 289.250.