Last Saturday, the couple from the Baix la Mar fails hosted the celebration of a new cultural day. This year, as a novelty, the day was divided into two parts: in the first, the youngest people shared their impressions and views on fallas activities.

Along with them, the falleras Cristina Mahíques and Carol Ramis offered the presentation Mothers and Children, Children and Mothers. At the end of this first part, a snack was served for all attendees. 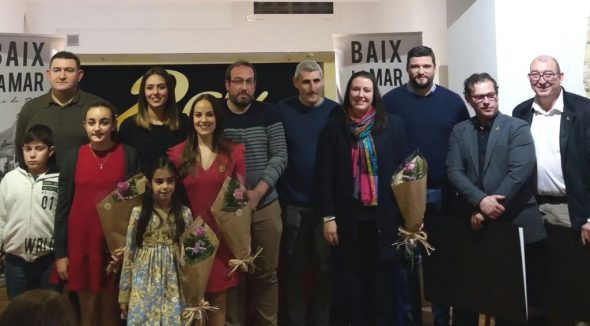 At 19: 00 hours the talks were resumed, this time with the participation of Salva Llorens, Secretary of Local Board Fallera; Lorena París, third Vice-president of the same organization; Manolo Catalán, Town Crier 2018 and Jaume Bertomeu, 2018 Exemplary Fallero; who gave a talk about the novelties presented this year by the program of failures, as well as on issues of fallera clothing, among others.

The members of the committee then spoke Federation of Fallas of Alzira Special, Agustín Piera and Juan José Vives, who explained to the attendees the reasons and circumstances for which the Federation of Special Faults was constituted.

The seminars were attended by several falleros of the commission, as well as the major falleras of Dénia, Melani Ivars and Carla Vinaroz, accompanied by the delegate of committees and deputy secretary of Local Fallera Board, Elena Sepúlveda.