Carrió lashes out at the 9 d'October agenda: "What do you think about nightlife and party people about these 5 days of the festival?"

Compromís per Dénia has celebrated, this morning, its traditional act of October 9 in the Plaza Jaume I. This has been led by the Secretary of Organization, Maria Jose Garcia, and in which the spokesperson of the municipal group participated, Rafa Carrió, and the regional secretary of Joves-PV, Sergi Alemany. 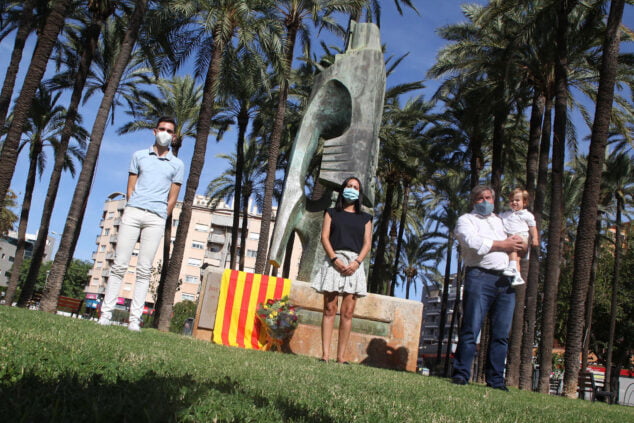 The act in which Compromís every year seeks to emphasize the defense of Valencianism and the celebration and vindication of October 9, this time has been much more humble than usual due to the health situation. Its simple celebration has already been a source of criticism, but Rafa Carrió has come out in defense of the organization, assuring that if he did not believe that the protection measures could be complied with, there would have been no call. 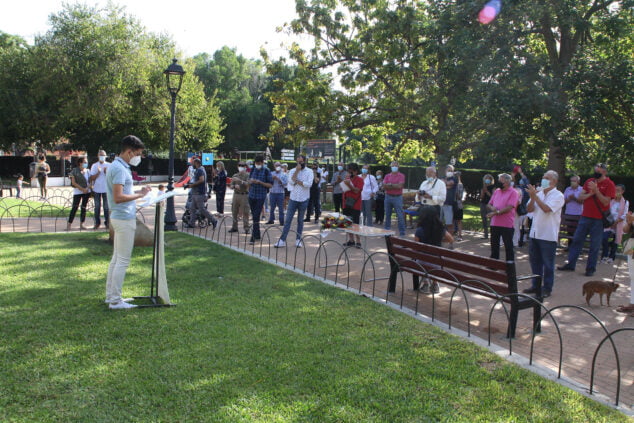 In addition, Carrió, supported by a hundred supporters, has indicated that if an extensive festive agenda was being carried out by the City Council, he does not see reason why they cannot celebrate "his little traditional act".

This agenda of events on October 9th has starred in the intervention of the Compromís spokesperson in Dénia, who wondered if it was necessary at this time to make this investment that is around 60.000 euros when his group was betting on allocating them to social aid, to self-employed and SMEs. 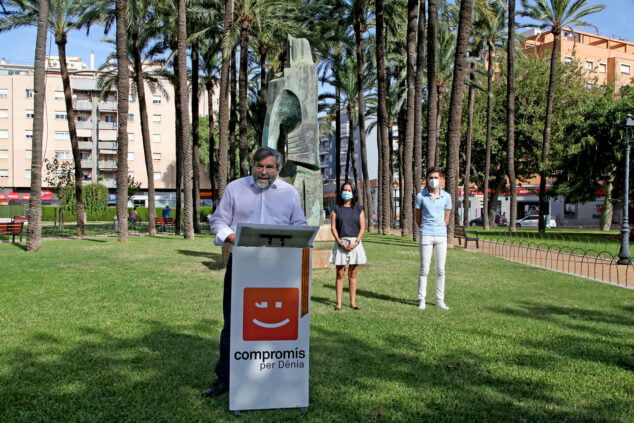 Carrió has applauded the encouragement of cultural events and that, in the same way, the Dia dels valencians i valencianes is celebrated, but he misses more commitment to the Valencian language and, also, sees such an extensive and expensive agenda as preposterous when COVID-19 still persists. "What do nightlife, festeros, falleros and los Moors and Christians there are now 5 days of festival? ", has released the mayor to the public. 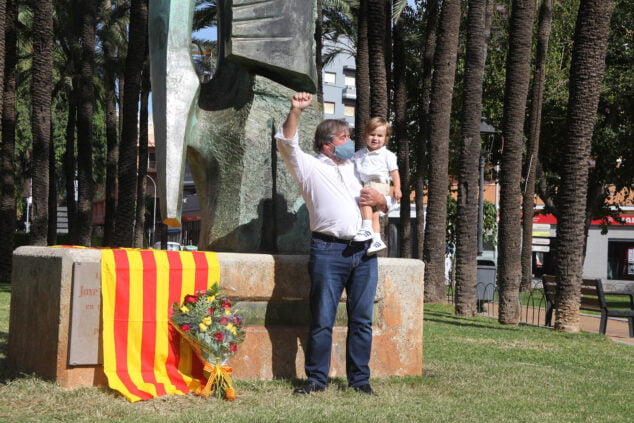 Offering of flowers to the statue of Jaume I | Tino Calvo

In the same way, he has pointed out that leisure is a traditional tool to distract public attention. "That they do not think about the garbage receipt, the lack of dialogue or the salary increases".