Carmen Montes: «In Romania the measures are weeks ahead of Spain with only 260 infections»

In Spain we are learning little by little everything that happens in this crisis that has caused the COVID-19 pandemic, thanks to the media, the internet and, above all, to that great social network that we had left aside: the neighborhood that now looks out on their balconies. 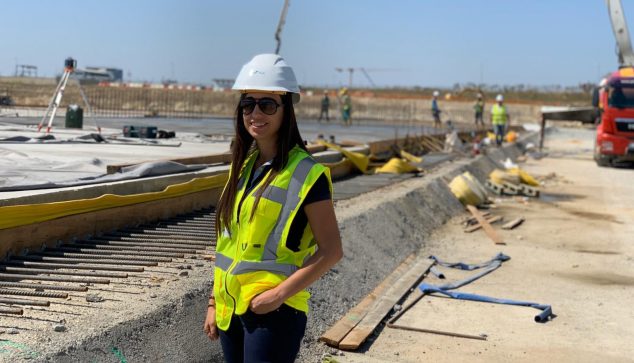 But we certainly lack information on how other countries are coping with the situation. For this reason, in Dénia.com we have decided to carry out a series of interviews with dianenses who currently reside, for different reasons, abroad.

This is the case of Carmen Montes, a Dianense engineer who lives in Bucharest, where she works for a Spanish company. From there he told us this week how the coronavirus alert is being lived in Romania.

QUESTION. How is the situation in your country?

ANSWER. Here in Romania there are already 260 infected (0 deceased).

R. Colleges and universities were closed on Wednesday, March 10, several days earlier than in Spain. And at that time there were less than 50 infected people in the whole country (19.000.000 inhabitants).

A state of emergency was decreed two days after the state of alarm was decreed in Spain. It was recommended from the Romanian government to leave the house as little as possible and avoid crowds. And they provided phone numbers in case they had symptoms.

From today, Wednesday March 18, flights to and from Spain have been canceled, and the closure of restaurants, entertainment venues, churches ...

At work (working in a Spanish company) since last week, measures such as temperature control twice a day were implemented for all workers, extreme hygiene measures, avoiding meetings, isolation of colleagues who had recently come from Spain, others teleworking from home and the rest (2-60%) continue to go to work.

Q. Do the people there comply with them? How do they behave in the face of the situation?

R. Yes, most people follow the measures and recommendations. The behavior has been similar and parallel to Spain, collective hysteria and widespread fear, mass purchases in supermarkets ... but it is understandable since most Romanians are aware that the health system is quite poor.

Q. How are you living there and being away from home?

R. Well, at the beginning when it appeared in China I saw it far away and almost incredulous, but after the events of the last few weeks I live it more expectantly and with uncertainty because we do not know how it will affect here, if we will have to stop going to work or if we will have to shut ourselves up in home like in Spain. And, above all, concerned about the social and economic consequences that this pandemic will cause. In addition to thinking that in a few months I know that I will not be able to return home, without being able to see my family and friends.

Q. What do you know about what is happening in Spain? What news do you get?

R. Practically everything that is being reported on Spanish television, since the epidemic began in China, I have followed the news on Spanish television online as well as opinions, local news, links, memes ... through WhatsApp groups of friends / as of Spain and social networks.