The Popular Party of Denia has presented the members of its new executive for the municipal elections next May. 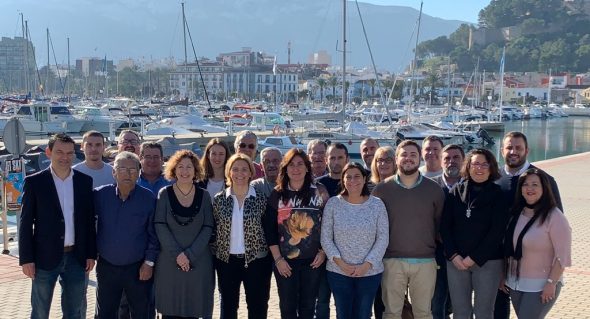 An electoral challenge on which they recognize that "Having the best team will be the key, compared to those who bet on the 'more of itself'. From the Popular Party we believe it is time to add value to the new generations and that there is a renewed air in the Dianense institutions". This is how her president said María Mut, who has added that "The PP represents the actual citizenship, defending their concerns and brings freshness to the policy Dianense".

Mut has pointed out that "Our commitment is to work to make our city a more attractive Dénia for residents, tourists, traders and investors, always thinking about doing things with common sense". The president is convinced that "We have formed the best team for this new stage, we start strongly and prepare to face the May elections, where we want citizens to trust the Popular Party again".

Organization chart of the new PP executive in Dénia