On Saturday 5 in January comes one of the most anticipated events for the children of Dénia. At the 18: 00 hours will begin the Cabalgata de los Reyes Magos, which will start at the port and will cross the Marqués de Campo and Diana streets until the Plaza de la Constitución.

This year, Melchor, Gaspar and Baltasar will be accompanied by more than 200 people among pages, torches, dancers, musicians and cartoon characters. 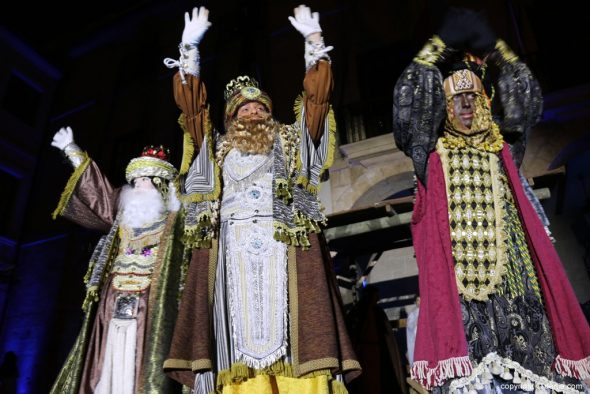 Once they arrive at the Town Hall, after the adoration of the child Jesus in the Living Bethlehem, the Three Kings will be received by the local authorities and then they will address the attendees from the town hall balcony. This year, again, the façade of the City Hall will become the scene of a light, color and firework show created especially to celebrate the arrival of the Kings.

With the aim of enjoying the experience to the fullest, the Local Police of Dénia have issued some advices aimed especially at adults. In the first place, take into account the time and streets through which the ride will take place in the event that there is a need for travel, as well as parking in areas that do not hinder the passage of emergency vehicles.

It is also advisable to always take the children by the hand and watch that they do not approach the wheels of the floats. In addition, at the time of the fall of the candy, from the Local Police advise not to use umbrellas or similar objects to collect them.

In case of emergency, from the Local Police of Denia advise to inform the incident to any security personnel of those involved in the parade. In the case of not having anyone nearby, call without hesitation to the 112.

If there is an emergency evacuation, keep calm and be alert to the emergency services, look for areas to avoid crowding, move in an orderly manner and do not go back to pick up any lost items.