Paddlers of Real Club Nautico Denia Participated in the second autonomic test of the Sea Kayak League held in Canet D`en Berenguer. They all enjoyed a sunny day, but the sea waves made it difficult to get off the ground. The constant wind did not leave indifferent to the paddlers who finally and despite the difficulties managed to finish the test without any incident. 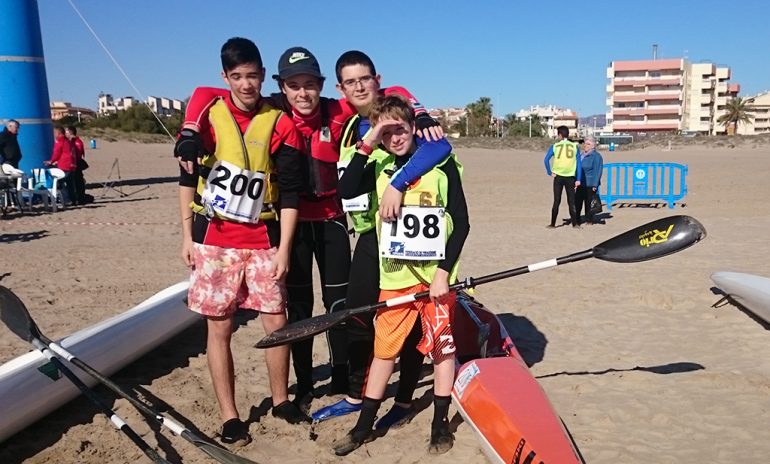 Paulino Llobell Again demonstrated the high quality he treasures and finished fourth in one of the categories with the highest level of the test, veteran AB.

The cadets, Ramón García and Yojan Vosse, also managed to position themselves in fourth place in the standings after having made a bad start. The dianenses had to go up positions but they could not get on the podium since they were just seconds away from the third classified.

In the children's category, Toni Gil, finished in fourth place after a fierce fight with the third classified. The best end of his rival deprived him of rising to the podium, however, the Dianense was very satisfied with the work he did during the test. Luis Peñas, a youth category paddler, occupied the sixth place in a test that counted on the difficulty of the waves at the time of departure.

For Alejandro Gornemann and Pedro Ortega was the first race as paddlers in the BC veterans category, in which they did a job of constancy completing the entire circuit and leaving some of their most direct rivals behind them.