Bronze for Veterans of the Dénia Rem Marina Club in Alicante

Last Sunday, March 1, the VI Regatta of the Suma Liga de Banco Fijo del Mediterráneo was held in the Port of Alicante. There the three teams that Club Rem presents this season competed Marina de Denia. 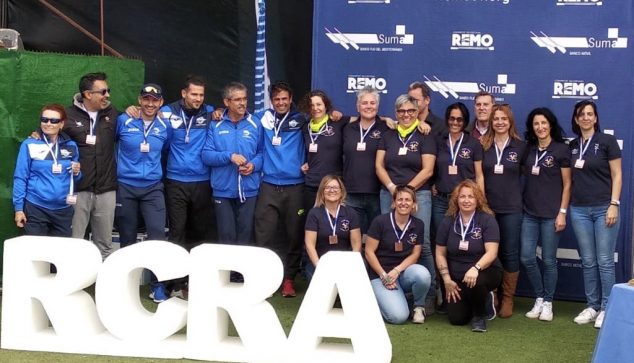 Veterans team of CR Marina de Dénia on the podium

The veteran women's team took this time with the bronze, with a time of 03: 15,25, after a very hard regatta where the wind gusts began to cool, which would accompany us throughout the morning.

The male team of this same category stayed at the podium with very tight times, where the Dianense team obtained a time of 02: 56,22, thus being in fourth position.

Finally, the men's absolute team competed, which after passing the first tack buoy, and having to rectify losing many seconds, fought until the last shovel to overcome positions. Finally he was in fourteenth position with a time of 07: 06,71.

The next regatta will be in the waters of Santa Pola on March 14 and 15, where the teams of the Dénia Rem Marina Club will present again their three teams for the competition.