In this hot month of August, Acydma launches its "Summer Tournament", An appointment on the evenings for lovers of futsal. The parties have their headquarters in the pediment of the municipal sports center of Denia. This tournament will start playing next Tuesday 8 of August and will continue until Thursday 31 of August. That day will dispute the final two more regular teams. 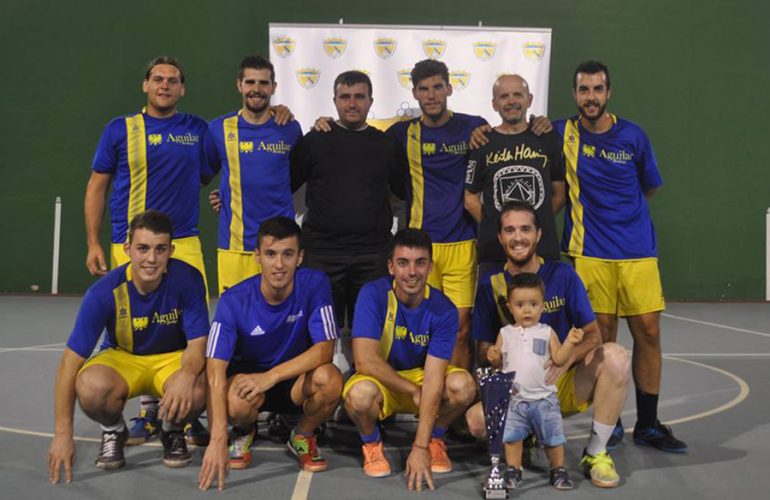 The set of Ondara, Bodega Aguilar, will try to revalidate the title of champion achieved last year. It will not be a simple task if you take into account the potential of some of the participating teams.

In this edition, in addition, Aguilar Winery, will be playing seven more teams that have been divided into two groups of four formations each. In Group A they will play; Aguilar Winery, Llobell House, Baleària And p. Denipool. Group B is formed; H. Nou Romá, Il Fratelli, Bar Marcilla and Rte. Miguel Juan.

The first phase of the tournament will have three days in which all teams from each of the groups will face each other. In each day two matches of the same group will be played, in 20 schedule: 30 and 21: 30 hours.

The two best teams from each of the groups will play 29 the semifinals on Tuesday. The teams that win the semifinals will play in the final. Meaning that there will be no match to elucidate the third and fourth place.