Barceló: «More than 50% of infected people have already been discharged»

The Minister of Health, Ana Barceló has appeared today Saturday announcing "hope" Given the data obtained with the evolution of the coronavirus, although it has been stated that "you have to be careful". The Valencian Community is at a rate of 54,2% of the discharges obtained, being 6.033 since the pandemic began, a figure that has increased significantly in this week in which more than 2.000 people have been cured.

In the last 24 hours, there have been 224 discharges and 217 new positive cases have been detected, bringing the total number of infections to 11.123.

Likewise, Barceló has indicated that the Valencian Community continues a downward trend in the number of admissions. In the last hours, 37 people have been admitted to hospital centers of the 217 new cases detected. 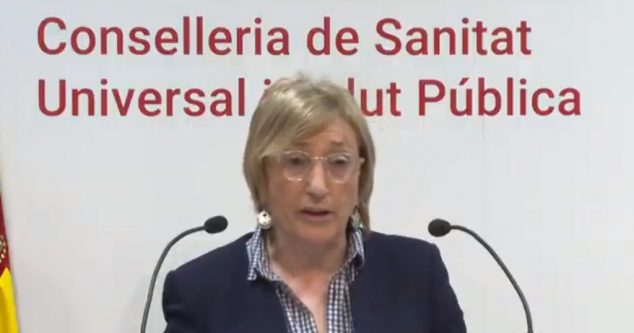 The counselor has also highlighted that in the last week the number of people admitted to the ICU has been reduced considerably, with there being 812 people today, from the 1095 that there were last Saturday.

In number of new deaths, on this last day there have been 24, of which 16 were people who were in residences.

On the other hand, Ana Barceló has explained that she is going to carry out a seroprevalence study in the Community, coordinated by the Ministry of Health, and which will allow 6.660 tests to be carried out (2.400 in Alicante, 2.940 in Valencia and 1.320 in Castellón) , with the aim of estimating the prevalence of infection, making it an epidemiological research tool.

For this study, a total of 111 municipalities from the entire Community have been chosen, with 40 chosen from the province of Alicante, thus carrying out tests on a total of 960 households.