The second day of the Acydma Gold League left us the win conceded by the Las Olas Bar at the hands of P. Stilos Ràfol, who defeated him by 7 to 3, making clear his superiority in this clash. 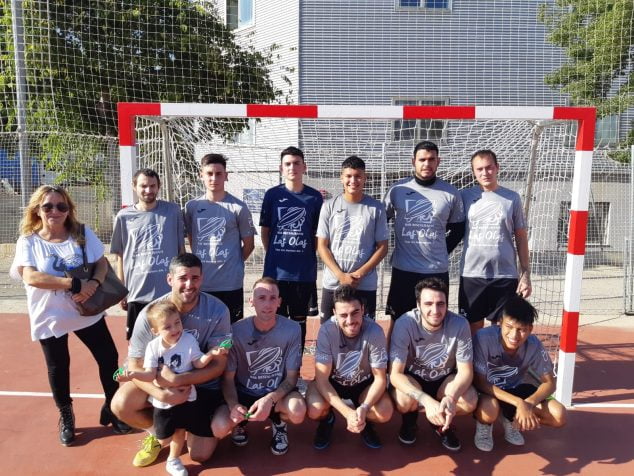 Ràfol's team seems to have picked up the pace and every week that passes shows that he has not given up the possibility of winning the title of league champion. In this clash they controlled their opponent very well and managed to impose their best game. The chances created were transformed into a goal.

One of the teams that seems to be less is the Colom Bar, which fell to Bodega Aguilar by 1 to 3. A meeting in which it was shown that the Dianense team has lost some bellows compared to weeks ago. In this clash, it was the formation of Ondara that was more successful in the face of the opposing goal.

The leader, H. Nou Romá, demonstrated the enormous quality he treasures and how effective his game is. He beat Casa Llobell Ondara without too much trouble by 6 to 3. A victory that allows him to continue as a solo leader in the standings with 47 points.

The second day was incomplete since the shock in which it should be measured, Náutica Pérez and Bodega Xaló, was postponed.

Equality in the Silver League

The second day was also played in this Silver League, in which the highlight was the triumph of the group of Baleària over Benitatxell, whom he beat by 2 to 4. With this victory he has been at the top of the table.

Zenner's victory was surprising Paidos by 6 to 5. This team is not used to winning its matches, so, although tightly, it did and this was very well received.

Easier was the victory of La Fontana over the whole of Ademar by 1 to 4. The only draw that had the day was the one that occurred in the clash between Els Poblets and Futsal Pedreguer, a match that ended with a two-way tie.

The classification in this Silver League is more even and Baleària and La Fontana lead with 6 points, Els Poblets has 4, Zenner and Benitatxell with 3, Futsal Pedreguer 1 and, still without scoring, Pescamar, Paidos and Ademar close with 0 points.