Basketball, Handball and Valencian Pilot join the cessation of their competitions 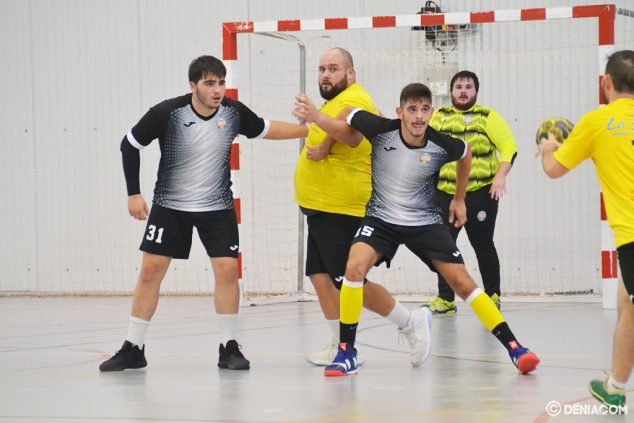 A league match of Garbi Dénia

In the case of the Pilota, after meeting with the Association of ratchets and Players' Representatives, he published on his website the suspension of the next day in competitions such as Lligues Bankia Professionals d'Escala i Corda i Raspall and all official competitions. Also the planned sessions of pilota, Trobades, Final championships, Municipal Schools and Jocs Esportius of the Valencian Community.

Initially, the suspension or postponement has no date, although it is noted that a mixed monitoring committee will meet every Monday to evaluate the evolution of the situation. These measures are taken to help prevent the virus crown from spreading.

Remember that in Dénia this Sunday a game of the Lliga Bankia was scheduled to take place in the El Rovellet Trinquet, which has been postponed.

As for the Basketball Federation of the Valencian Community, the situation that on Thursday morning was calm with the maintenance of all activities, changed at noon when the cessation of all activities and games was announced, and they were also made the recommendation to the clubs to suspend training.

From the Dénia Básquet Club issued a note addressed to all the parents of players, indicating that according to the instructions received from the Federation and the Dénia City Council, the suspension of local league matches, the training of all teams from March 12 to 23. Suspension of regional competitions as well as IR Leagues. Also those of the federated teams of the Dénia Básquet Club until at least March 23, when the Federation makes a new statement.

In the world of handball the same measures are also adopted, so the shock that the Garbi Dénia I had to play this Saturday, in the Joan Fuster pavilion, against CB Maristas Alicante will not be played.