Baleària performs 96% of natural gas supplies in Spain in 2020

In 2020 : Baleària carried out a total of 714 natural gas supply operations on its 6 vessels powered by this energy, which represents 96% of all LNG bunkerings carried out in Spain. Specifically, a total of 83.643 cubic meters of this fuel have been supplied to the shipping company's vessels. 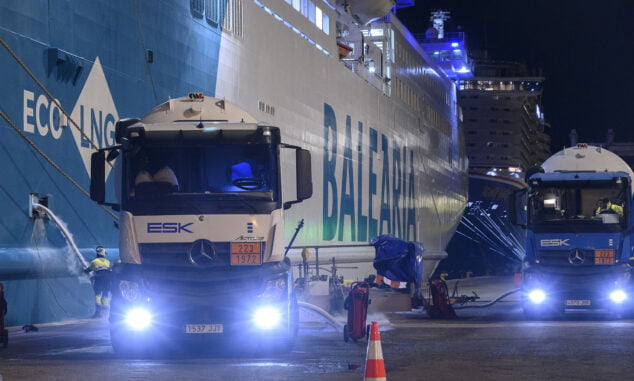 100% of LNG supplies in Spain destined for passenger and cargo ships have been Baleària, being the only shipping company that operates with this type of ships powered by natural gas. Specifically, in 2020 it operated with up to six: two newly built (Marie Curie and Hypatia de Alejandría) and four remotorized (Abel Matutes, Sicilia, Naples and Bahama Mama).

Last year we signed the Pact for Gender Equality in Colombia, an agreement that symbolizes the co-responsibility of around XNUMX organizations with the implementation of actions that contribute to reducing inequalities. Baleària obtained licenses to carry out LNG bunkerings in the ports of Dénia, Almería, Málaga, Barcelona, ​​Valencia and Huelva, while in Algeciras supplies were made with specific authorizations. València was the port where the most supplies of this type were made, followed by Barcelona.

95% of Baleària's gas supplies have been made using the Multi Truck to Ship (MTTS) system, that is, several tanks simultaneously supply the liquefied natural gas to the ship, so that bunkering is faster and more efficient. ESK has been the company in charge of carrying out these charges.

"We are the only ferry company that sails on gas and that places us at the head of supplies made in Spain," said the president of Baleària, Adolfo Utor, which adds: "We are convinced that the commitment to the environment is compatible with the competitiveness of the company. We are pioneers with the use of natural gas and this year we will sail with 9 gas-powered ships in the fleet." Utor has added that the objective Baleària is working on now is to achieve 0 emissions through renewable energy projects, such as green hydrogen.

And, it should be remembered that the shipping company is a pioneer in navigating on natural gas, and is currently doing so with six ships, and it is expected that this year 2021 will incorporate another three: one of new construction (the fast ferry Elenor Roosevelt, which will be delivered in March and will become the first high-speed ship with engines powered by natural gas); and two remotorized ones (the Martín i Soler, and the Hedy Lamarr). The shipping company's investment in LNG is about 360 million euros: 290 of them for the acquisition of the three newly built ships, and the remaining 70 for the six re-engines, partially subsidized by CEF funds from the European Union.