Baleària organizes next Saturday May 16 the second edition of the online music festival Baleàrics 2.0, after the success of the first festival, which took place on May 2. It will count, again, with three Valencian artists: Feliu Ventura, Francesc Anyó and Borja Penalba, who repeats. In addition, musicians from Catalonia, the Balearic Islands, Morocco and Algeria also participate. In total there will be 13.

Along with the Valencians, the participation of the Mallorcan Maria del Mar Bonet stands out, who will represent her island along with two other singers: Payasö and Victoria Lerma. In addition, they will sing the menorquina Anna Ferrer; Barcelona's Meritxell Genè and Marialluïsa; Jah Chango will participate from Formentera and the Morning Drivers group from Ibiza. On the other hand, there will also be international musicians: from Mostaganem, in Algeria, the group Ibn Badja, of traditional Andalusian music, repeats; and from Morocco, thanks to the collaboration of the Cervantes Institute, Judith Cohen, from Tangier and the soprano Samira Kadiri from Tetouan will participate.

It can be seen through the shipping company's YouTube channel or on its Facebook page. The broadcast will begin at 18.00:XNUMX p.m.

Ricard Pérez, manager of the Fundació Baleària, is very satisfied after the first edition of the festival: “Despite the barriers of Covid-19, this type of cultural exchanges can be carried out, which generate wealth and demonstrate that Baleària is firmly committed to this type of initiative in the territories in which it operates ”.

In fact, this first edition was well received. In fact, the video, which is still published on the different social networks of Balèaria, accumulates more than 2.500 views. 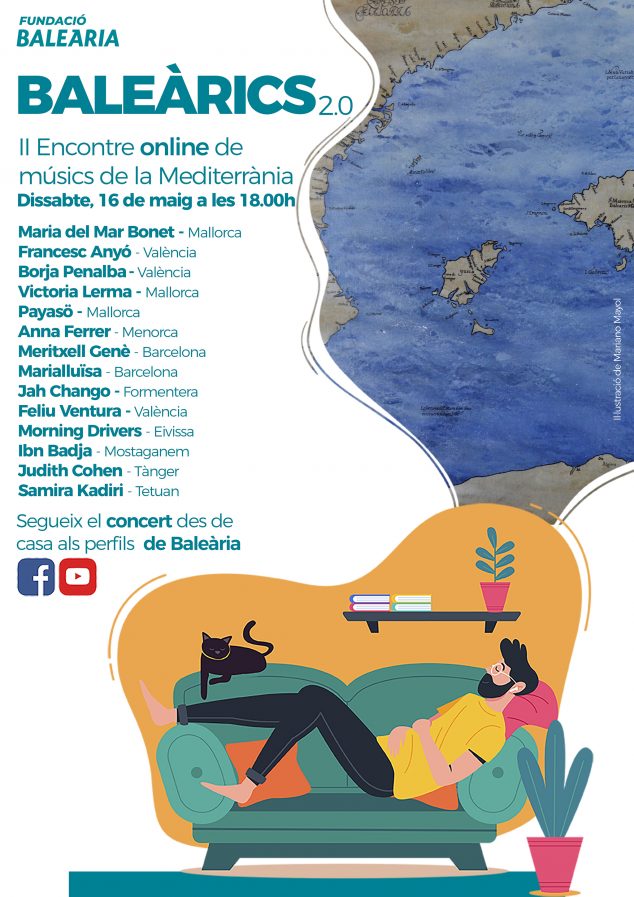