Major losses on the CD Dénia face his match against Carcaixent

Coach CD DéniaManuel Esteban has had work during the week preparing his team for their match against Carcaixent. Esteban has been forced to test several systems since facing this important shock he has the losses of Ferrán and Santafé, by sanction, and that of Coke by injury. 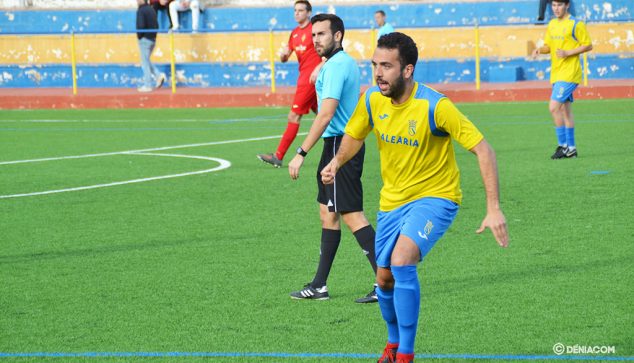 Santafé will not be before Carcaixent

This clash, which will be held this Sunday at 16:30 pm, will be arbitrated by the collegiate Martínez Ibáñez. It is an interesting game since the two formations are played a lot. The locals need to return to the path of triumph after adding three weeks without winning. Visitors, meanwhile, need to win to get back into promotion promotion positions.

In the local team, Esteban has shown to his players that it is necessary to seal the permanence as soon as possible and that happens by not letting himself start points in his own fief. The grogueta training technician knows about the difficulties of measuring an opponent who is immersed in the fight to be in the promotion positions.

The coastal group led by José Castillo is suffering the wear of having been during the first part of the championship in the first place of the classification. In these last days his performance as a visitor has dropped some integers and that has made him lose first place and have to fight for third place next to Tavernes.