Blue Lion y Green Turia, the colors chosen by the major fallas of Denia for their official costumes

Melani Ivars Rojas and Carla Vinaroz Giménez will live tonight one of the highlights of their year as Dénia's biggest falleras: their presentation. The Local Board Fallera He has spoiled every detail of the act, which will begin at 21: 00 hours at the Parc de Les Bassetes, and they, on the other hand, have been in charge of preparing the clothing for such a special day. 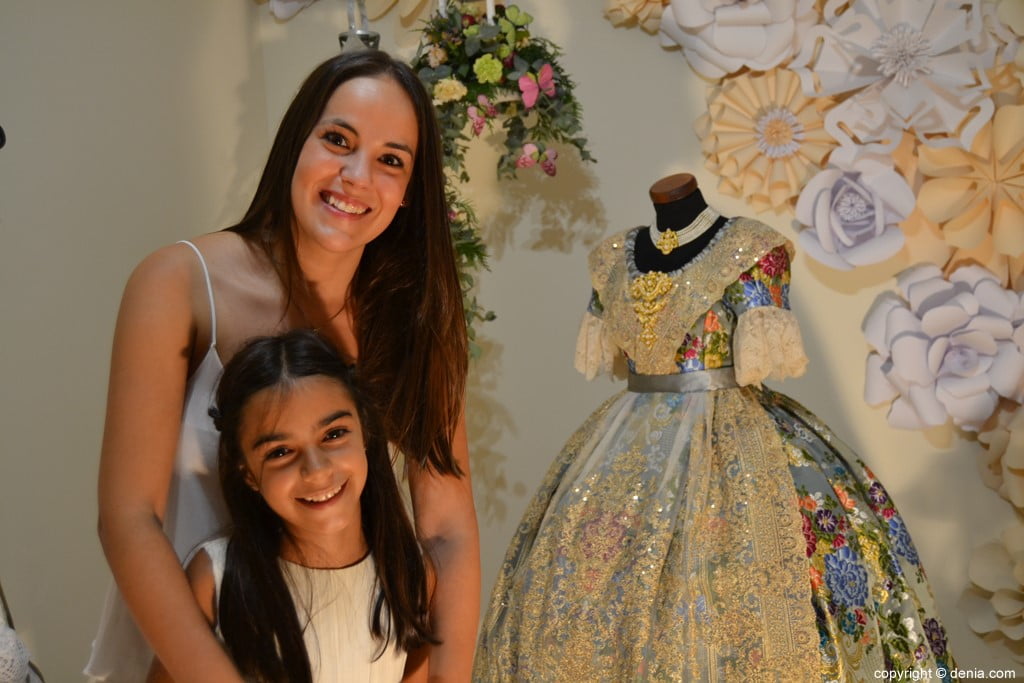 Melani and Carla will wear the drawing Dénia, of the firm Vives y Marí, a design reserved exclusively for the major falleras of the city, and each of them has chosen the color that will accompany them in this unique and unrepeatable costume. Little Carla will wear the color Blue Lion, basically because, he tells us, "I love blue". And is that this color is almost a family tradition, since his brothers, Joel and Laia, have worn blue suits at important moments of his life fallera. 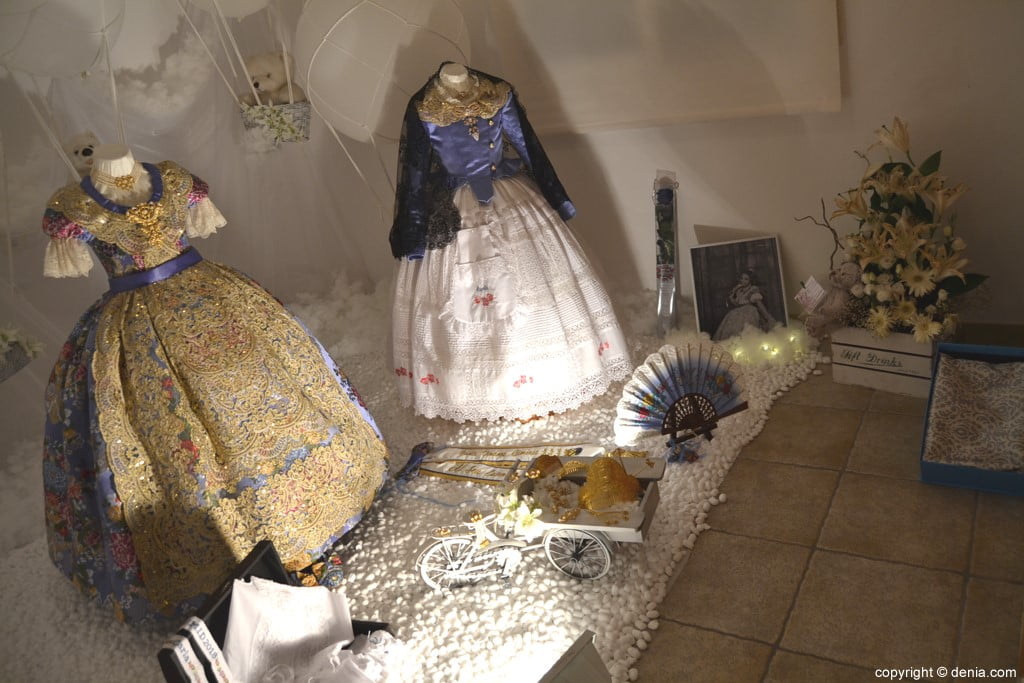 The greater faller of Dénia, on the other hand, has opted for the color Green Turia. With this choice Melani wanted to get "something different from what I already have" thanks to one of your favorite colors. The Green Turia it is a grayish shade of green, a proposal of the color chart of Vives and Marí. 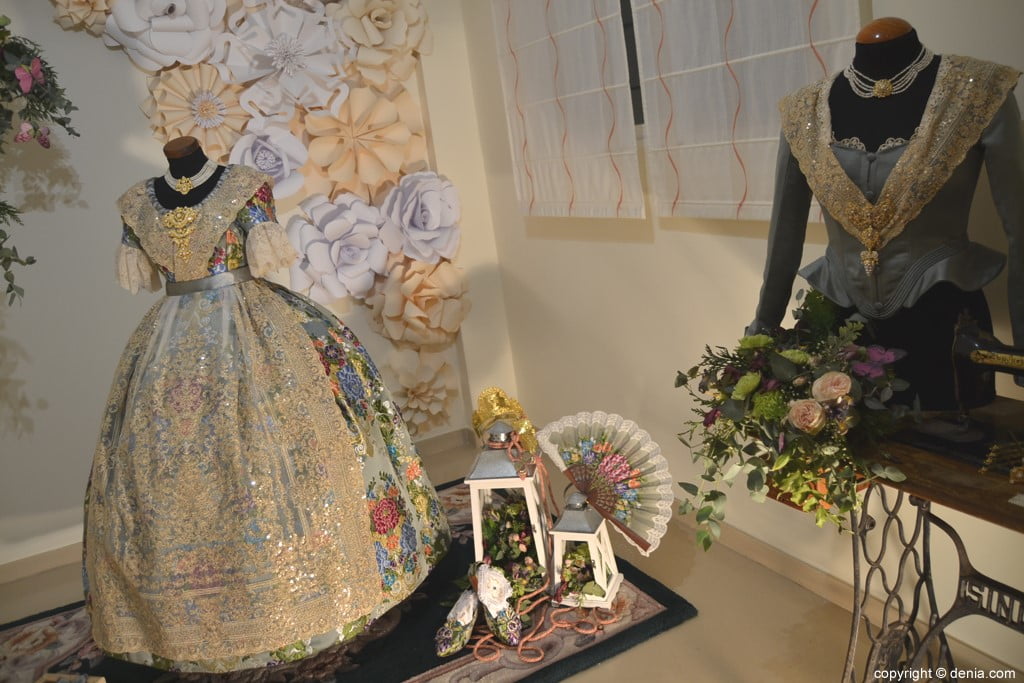 During this week, Melani and Carla have received dozens of people who have wanted to visit their costumes and accessories, carefully displayed in their homes. It has been an intense week in which the illusion and the nerves have shaken hands, as we confess Dénia's major falleras hours before his presentation, an act that Carla imagines "fun and well organized", while Melani is confident that "It will be very beautiful because the Board has very good ideas and they will make us look".

The protagonists of the night will be accompanied by their courts of honor, who in the previous days have been especially involved in the visit of costumes "to make them participants and help each other". The most special moment of the night will be the words of the exaltador, the dianense Pepe Crespo, with whom they shared a trip to Segorbe a few weeks ago. Without them knowing it, tonight's exaltador took the opportunity to get to know them better and prepare the words that he will dedicate to them tonight. Both recognized being "surprised" knowing that Crespo was going to be the manager and also be "delighted" with his choice after having shared with him the visit to Segorbe. 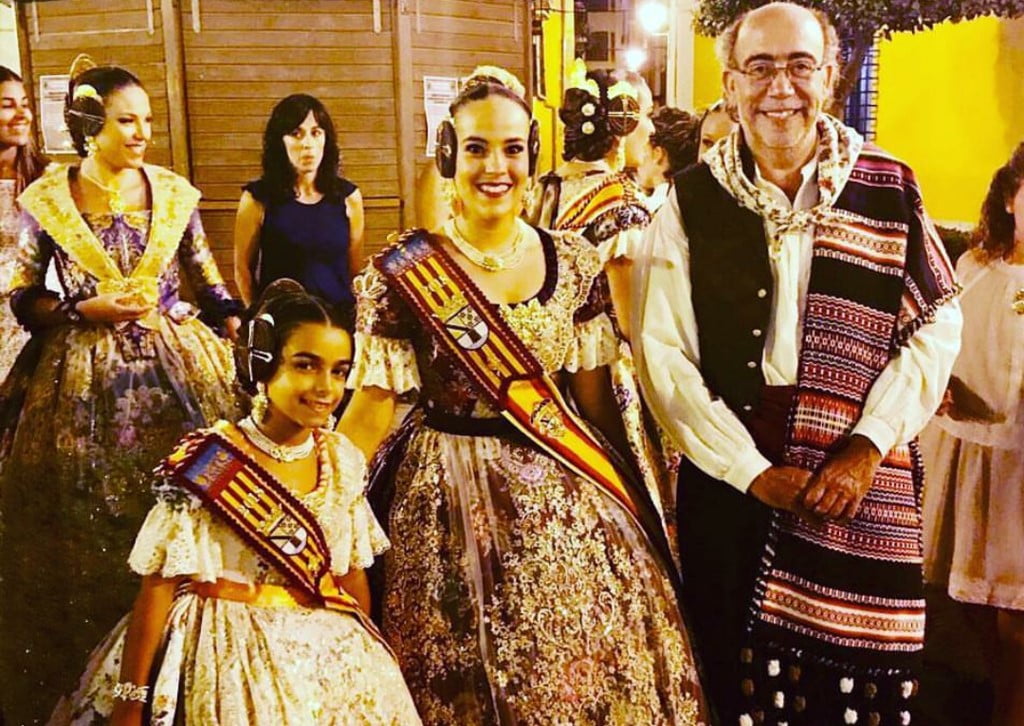 The adventure of Carla and Melani as major fallers of Dénia 2018 has only begun and have already visited towns such as Elche, Xativa, Alicante, Jumilla, Segorbe, San Vicent del Raspeig or Elda, municipalities that will also be with them tonight. Also the charges of the failures of Dénia and representatives of the entities of the city will be present in the Parc de les Bassetes, making tonight one of the most magical moments in the lives of these dianenses falleras.