Foreign Affairs will study the local impact of being, like Dénia, on the UNESCO network

The nine Spanish cities that currently belong to the UNESCO Creative Cities network want to strengthen ties, know the impact of their membership in the network and strengthen their commitment to the Sustainable Development Goals. In the II National Meeting of Creative Cities UNESCO, held this week in Burgos, they have pledged to promote a training exchange program, which will include their reference “creators”, be they cooks, musicians, designers, filmmakers or writers. 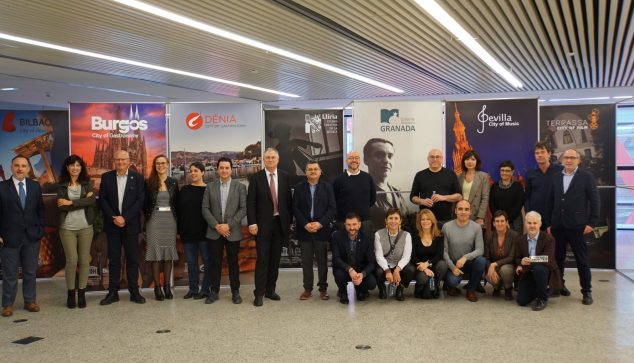 Delegations of the UNESCO Creative Cities of Spain

The work sessions of the meeting were attended by two representatives of the Spanish government: Belén Llera, general secretary of the Spanish National Commission for Cooperation with UNESCO, under the Ministry of Foreign Affairs; and Pilar Torre, Minister of International Cooperation of the Ministry of Culture. This fulfilled the commitment to integrate, support and make visible the role of creative UNESCO cities that the Spanish government acquired at the first meeting held a year ago in Granada. 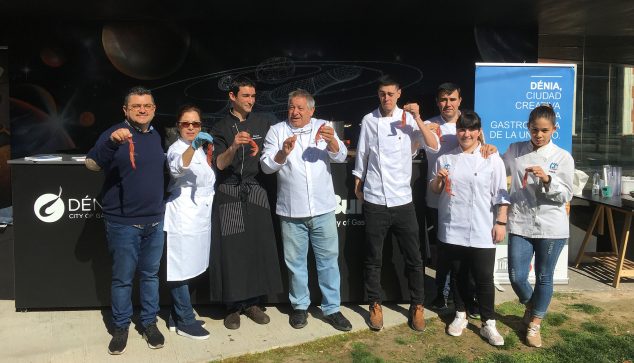 Dénia and Burgos cooks at the Octavio's showcooking

On this occasion, government representatives have taken two more concrete steps. The Ministry of Foreign Affairs will work in the coming months on a program of indicators that will allow us to know the economic and social impact of their network membership on cities. This is intended to determine and quantify the local effects of the declaration as a creative city and identify strengths and weaknesses when fulfilling the obligations of belonging to the UNESCO network. 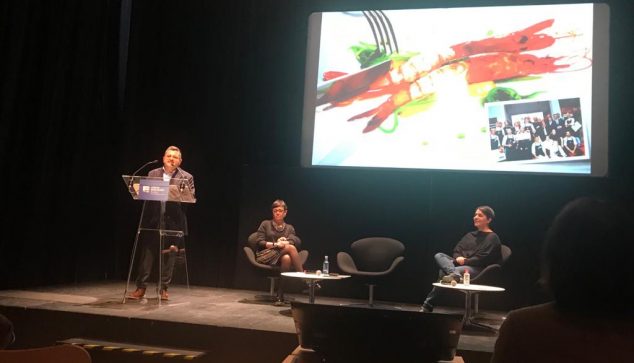 Presentation of the Dénia project

On the other hand, the Ministry of Culture will look for formulas to give visibility to the activity of the cities in the network, at the same time that it will be involved in the exchange program between them, giving coverage and advice to the program that is designed.

At the meeting it was proposed to shape these exchanges through what was called “creative residences” for which each city would share with the other agents and local references of its field in the network (design, literature, cinema, music or gastronomy) ). That is to say, that musicians from Seville or Llíria (Cities of Music), for example, would participate in cultural activities of Dénia and Burgos (Cities of Gastronomy) or send to these cities their cooks, and conversely, cooks and musicians of Dénia o Burgos would organize stays in Seville or Llíria.
The work delegations also attended a presentation on the implementation in the cities of programs and actions in accordance with the Sustainable Development Goals (SDGs), one of the key points of belonging to the UNESCO network. 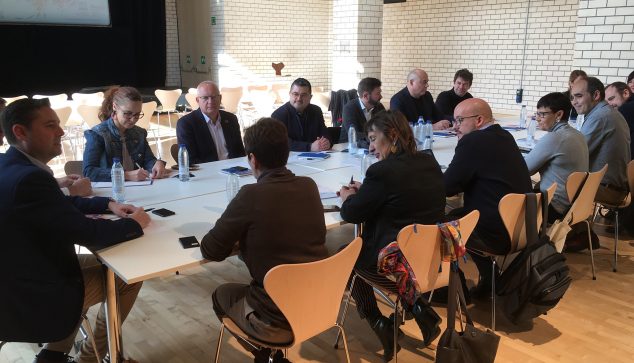 Work meeting chaired by the mayor of Burgos

The technical meetings of the Burgos Meeting began on Monday with the presentation of the projects of each city to the economic, social and cultural agents of the city. The mayor of Dénia, Vicent Grimalt, presented the Dénia & Marina Alta Tastinglife action plan and described the main activities and achievements achieved since joining the network in 2015. The mayor was accompanied by the director of the Office of Innovation and Creativity Floren Terrades.

In addition to sharing work with the mayor of the host city, Daniel de la Rosa, the Dianense representation maintained contacts and supported future collaborations with the School of Hospitality and the University of Burgos, which is in negotiations with Valladolid to introduce in their studies the degree of Gastronomy, as the University of Alicante has recently done with the direct collaboration of the City Council of Dénia.

The weekend prior to the work meeting, Burgos scheduled different events in which the nine creative Spanish cities of the UNESCO network participated. On Sunday afternoon, on the outdoor stage of the Pergola, Octavio Moreno and Marta Vázquez, from the Octavio's restaurant in Dénia, offered a sample of the most traditional and identifying local cuisine: a band arròs accompanied by red prawns from Dénia .

The nine Spanish cities of the UNESCO network are Dénia and Burgos (Gastronomy), Barcelona and Granada (Literature), Terrassa and Valladolid (Cinema), Seville and Llíria (Music) and Bilbao (Design). Valladolid and Llíria attended the meeting for the first time, which UNESCO joined the network last November.