Looking out from Dénia Castle 100 years apart: this is how its views have changed

Blinking in Dénia can cause you to miss endless changes. It is a city in constant growth, where the architectural landscape changes every decade. What used to be fields are now urbanizations. What used to be dunes are now houses. What used to be warehouses are now apartment blocks. And in the center of everything, unchanging despite the changes around it, it remains the castle against the passage of time. 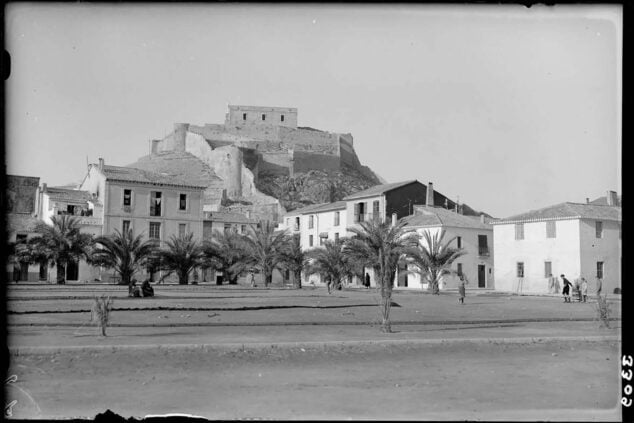 Castle of Dénia from the port, in the first decades of the XNUMXth century | lotty file

It has been in the same place for more than ten centuries with hardly any changes. El Castillo has witnessed this evolution that we are talking about, from Daniya to our Dénia. What was the landscape like from the top of the fortification? How has it changed compared to what you can see today?

To find out what the views were like from inside the walls during the first centuries after their construction, you would have to use your imagination and some of the paintings on display in the city's museums. However, thanks to the appearance of photography we can at least know how it has changed over almost 100 years. And, we already warned, he has done it, and a lot.

Between 1927 and 1936, the photographer António Passaporte toured several countries, including Spain, Portugal, Argentina and several in North Africa. This was hired by Concepción López and Charles Alberty (hence the acronym for the LOTY firm) to capture snapshots for commercial purposes, mainly postcards. Part of the collection was acquired by the Spanish Ministry of Culture, including fifty files resulting from his visit to Dénia. 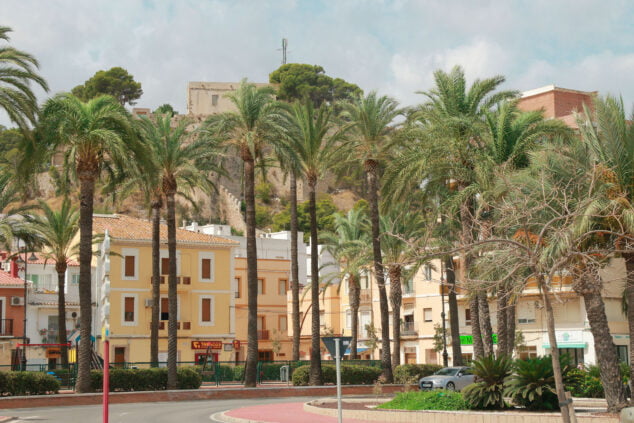 This is what Dénia Castle looks like today from the port

Of course, Passaporte was able to resist going up to Dénia Castle to place his camera there and capture the landscape that stretched around the monument. The exact date of the photographs is unknown, but they were taken between the 27th and 36th of the last century. What is seen in them is slightly familiar, we recognize the distribution, the coastline, the Montgo, and even several buildings that have endured. For the rest, if we look out from the walls today we would see a completely different landscape.

The before and now of Dénia's landscape

The big changes? obvious. In the north of Dénia there are still cultivated fields. Quite a few, in fact. However, the lines near the coast have little to do with it. The real estate boom hit the coastline, disappearing any vestige of nature to replace it with buildings and urbanizations. 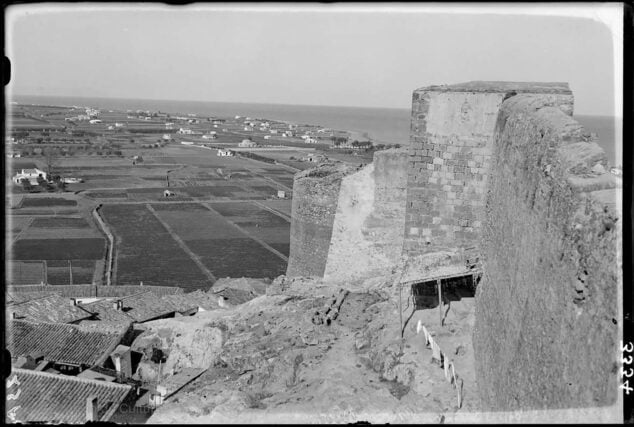 North coast of Dénia from the Castle, during the first decades of the XNUMXth century | lotty file 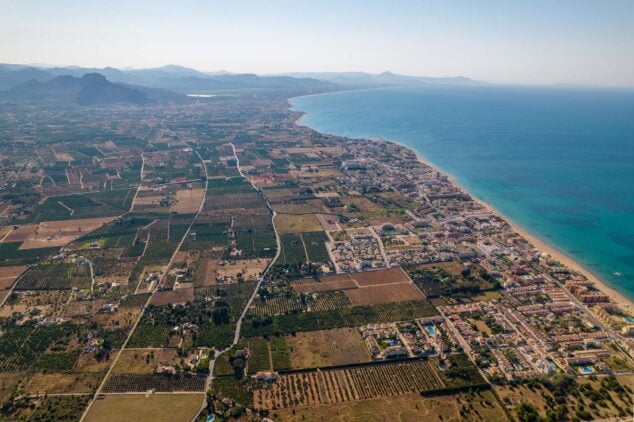 The Baix la Mar neighborhood is perhaps the most recognizable from inside the walls, showing few significant changes. Now, to look into the background is to look out over an unrecognizable north breakwater after the new constructions that were built during the past decade. 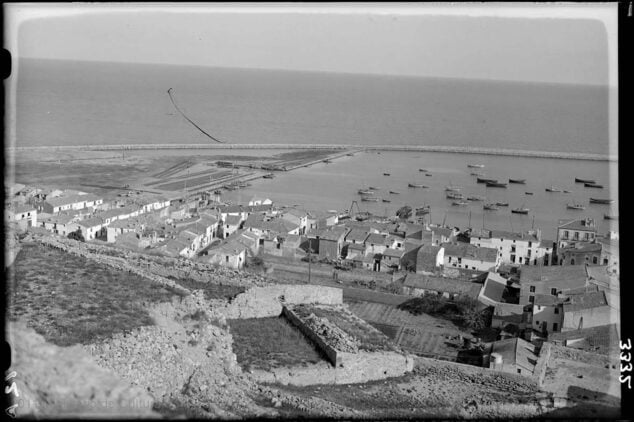 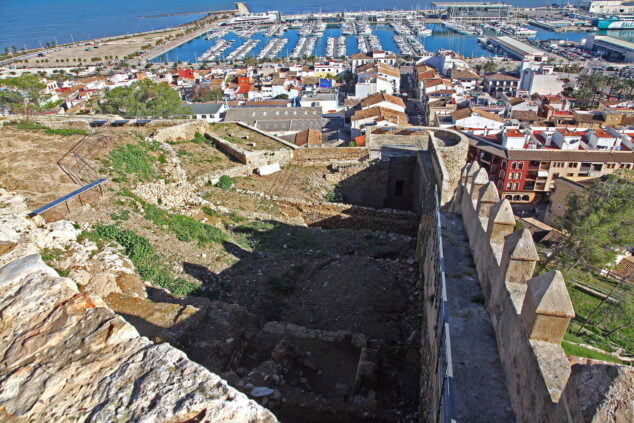 View of Baix la Mar and the port of Dénia from the Castle, today

The port area is the one that has undergone the most changes. It seems like a completely different city, as few buildings remain from that time. And what about the coast that can be seen to the south, with crop fields that no longer exist. 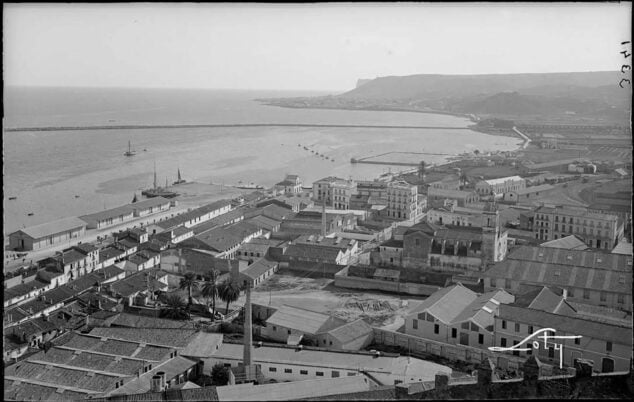 The port area of ​​Dénia from the Castle in 1930, approximately | lotty file 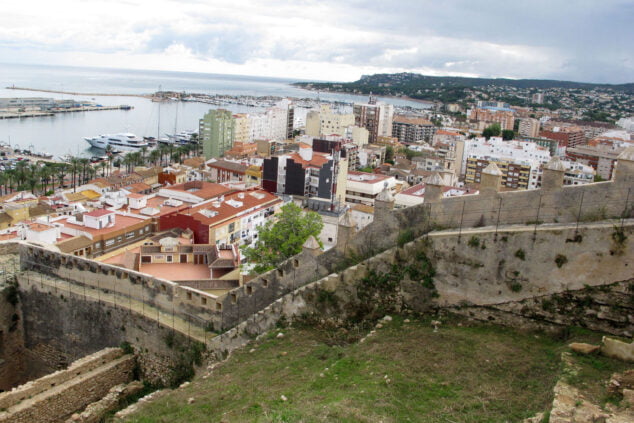 View of the port area of ​​Dénia from the Castle, today

With the current abundant vegetation it is very difficult to appreciate the views from the entrance of the Castle. Yes, you could enjoy the view 100 years ago, but again it is difficult to recognize what you saw with today's eyes. The area and buildings of the Plaza de la Constitución seem to have not changed, but at the same time a lot of Dénia is missing in that Passaporte photograph. 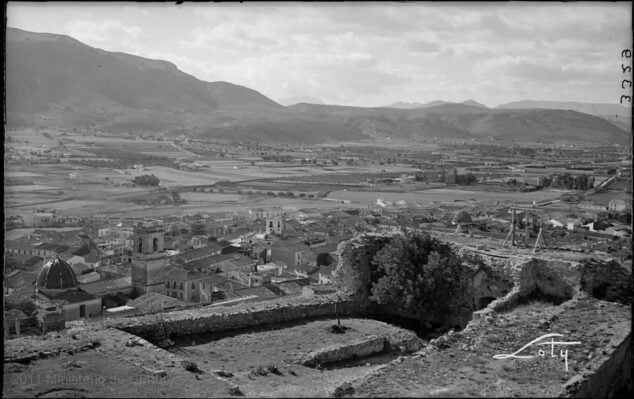 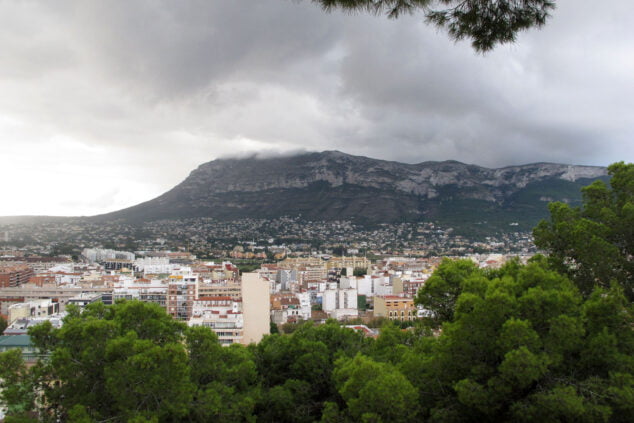 View from the Montgó Castle and the center of Dénia, hidden behind the trees

The Swedish initiative that shielded childhood from the war: history of the Hogar del Niño de Dénia
November 18th 2022