This is how Dénia has grown, upwards, in recent decades

In recent years, the cranes that for decades were a regular element of the city's skyline have returned to the landscape of Dénia. New private urban projects are carried out in the surroundings of the municipality to house the growing Dianense population. This causes a Dénia to enlarge again, which remains reluctant to grow upwards, although it has not always been the case. 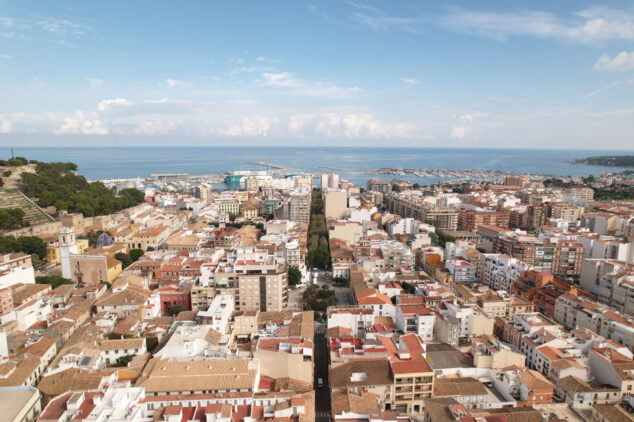 The tall buildings of the center of Dénia seen from above

Dénia is not exactly a tall city despite its large population. While more southern towns such as Calp, Altea or Benidorm have opted for do not limit the ceiling, the capital of the Marina Alta has tried to avoid losing its personality of humble stature in order to preserve that image of an open port and a population at the foot of castle. Now, growing has grown, and the changes of the last century are more than remarkable.

The first "tall" buildings in Dénia

To find the first building with more than five floors, we have to go back to 1940. The building is none other than number 10 Calle Diana, practically at the intersection with Calle Magallanes. This block of flats now goes unnoticed, as a large number of higher buildings have been built nearby, but in its day it could boast of being the largest construction in Dénia. Even when?

In 1945 another five-storey building appeared very close, although a little taller. It is the 10 of Ramón y Cajal, confirming the tendency of the heart of Dénia, determined to grow upwards. However, the next large block appeared far from the center, at number 2 Vicens Collado, which was the first to reach six heights.

The monsters of ten heights

In 1960, Dénia's skyline underwent the greatest change with the appearance of several monsters that would forever change the city's skyline and double the height reached until then. On the one hand, two practically twin buildings appeared in front of the port, 21 and 22 of the Cervantes esplanade, one of them nine stories high and the other ten. These completely altered the maritime façade, which until then retained the air of a seafaring population (and which continues today thanks to the area of ​​the Baix la Mar neighborhood). Instead, it seemed that the city wanted to follow in the footsteps of other tourist towns and become a concrete giant visible from the sea. For this reason, these two buildings were imitated by many other residents of the esplanade that even surpassed them in height, such as the giant that appeared in 74 to make the corner with Marqués de Campo. 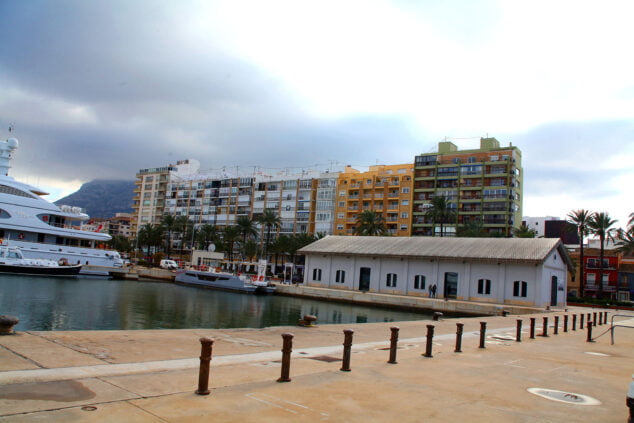 The giant facades of the Cervantes esplanade

That 1960 was also the year that the main artery of the city, Marqués de Campo, grew. Number 42 was built in the center of the street with an impressive ten stories that still make it one of the tallest buildings in the city today, although tied with too many. 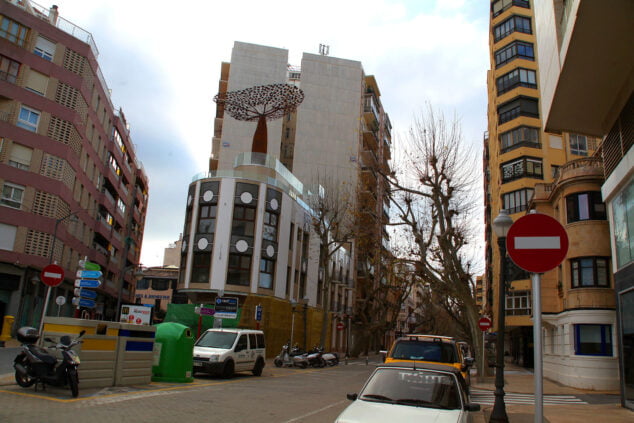 First 13-story building, which creates a huge contrast with the new hotel

The 13 heights were reached just two years later, confirming the great speed that this "growth" of Dénia was reaching. Again the giant chose Marqués de Campo, but it also affected the port landscape. It is number 66 of the main street in Dénia, a building that still stands out today due to the contrast it makes to its new and short neighbor who once housed the Mediterranean bar.

At 62, Calle Diana, with its number 27, also hit the table, although the building would remain on nine floors. 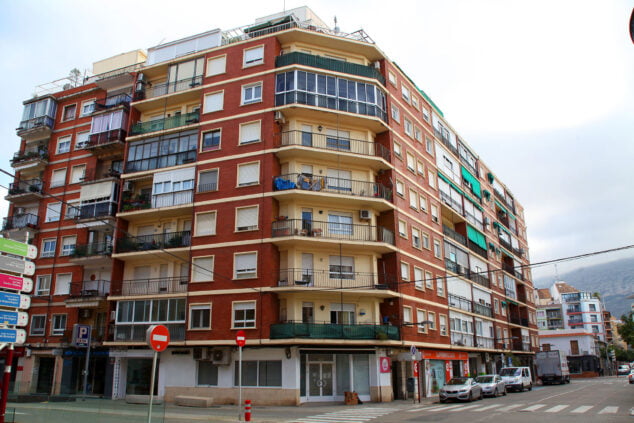 The regional capital entered the 70s with the entire Cervantes esplanade almost identical to the current one. The wall of buildings of about ten heights was imposed and the city seemed determined to lose its aesthetics of a fishing village to become a modern tourist destination.

It also highlights the appearance of a large block of ten heights in 1965 in Les Rotes. The southern coast of Dénia did not seem to want to get rid of this trend either, appearing that year that gigantic building on the Les Rotes road, which is practically on the corner of Camí de la Racona. 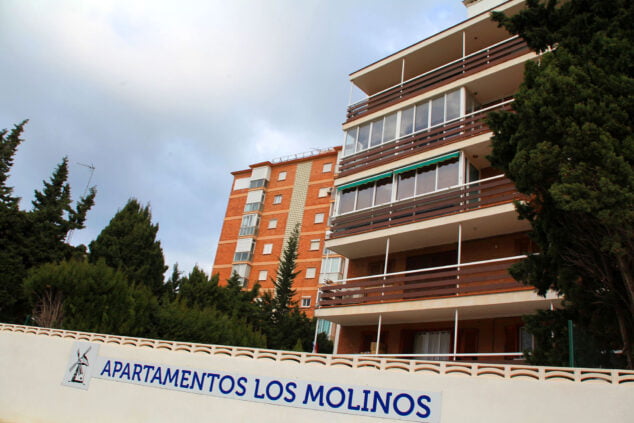 A decade later, in 1978, its neighboring urbanization Las Viñas imitated it in height, but luckily the fashion was soon settled in the place and it returned to dedicate itself to more "humble" constructions. 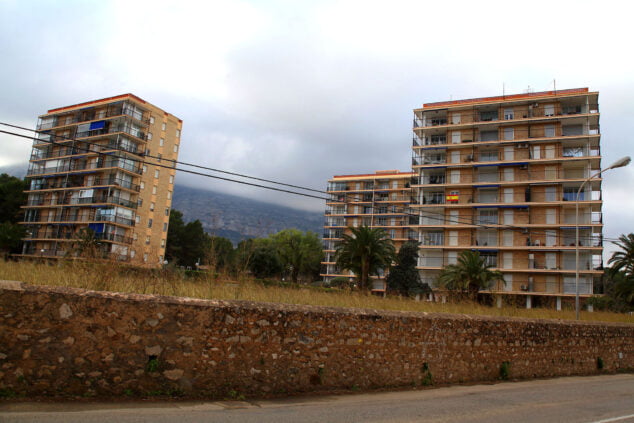 Marines I don't know it was left far behind, since in 1968 it allowed the rise of a ten-storey building known as the La Naranja urbanization, leaving this set of buildings as the tallest on the north coast.

Between 1970 and 1980, buildings of less than five storeys practically ceased to be built. It was the time of the heights, and along Marqués de Campo large blocks were appearing. Although the port area slowed down its growth (always upwards), Calle Diana and Paseo Saladar seemed to want to imitate the highest roads. 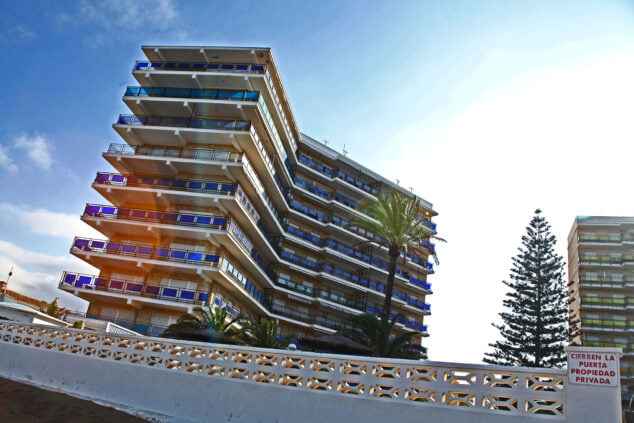 It's over building up

Since 1980 the aspirations to reach the sky were stopped. Much was built, and high, but almost nothing reached ten heights in the urban area. 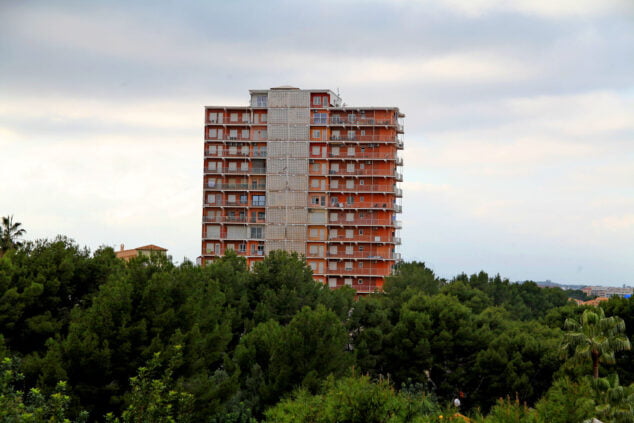 The Lonely Giant of Deimos Street

A construction from 1981 stands out that has remained one of the tallest in Dénia because, in addition to its number of floors, it was built on high ground and clearly visible since nothing around it has more than three floors. It is about the monster of 13 heights of Deimos street. The most visible building from the Marineta Cassiana and that completely alters the landscape of low-rise single-family houses in the area.