Last Saturday, October 24, the opening of the dry stone construction workshop organized by the Cultural Association of the Marina Alta and the Regional Youth Network took place in Gata de Gorgos, the representatives of which led an act that was attended by the mayor de Gata de Gorgos, Josep Signes Costa, as host. 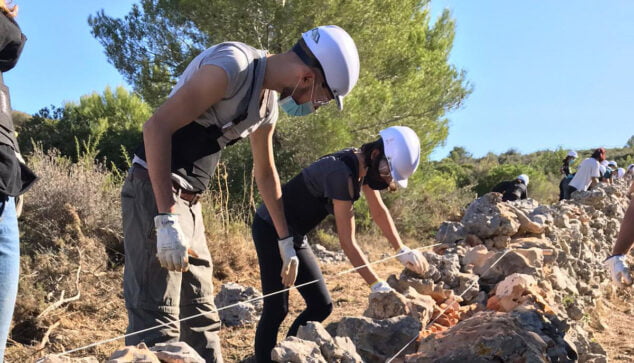 Students working in the training course

In his speech, the president of the MACMA, José Ramiro, spoke of the importance for the Commonwealth of programming for the first time a training course precisely at a time when the MACMA has broadened its statutory model with the adaptation to the new law of Associations of the Generalitat Valenciana.

Ramiro also thanked the coordination carried out between the MACMA technical team and Pego Viu-Col·lectiu de Defensa del Terri, the body in charge of the training sessions on this traditional technique. For his part, Aitor Llobell Sala, president of the Young Network, made mention of the profile of those registered. 30 young people from the Marina Alta, predominantly between 16 and 30 years old who are “A sample of people involved in their future, their land and their heritage: young people who train, work, take care of us and take care of our land and the effort of which must be made visible precisely in a pandemic framework where all the media attention it is focused on them and them ”. 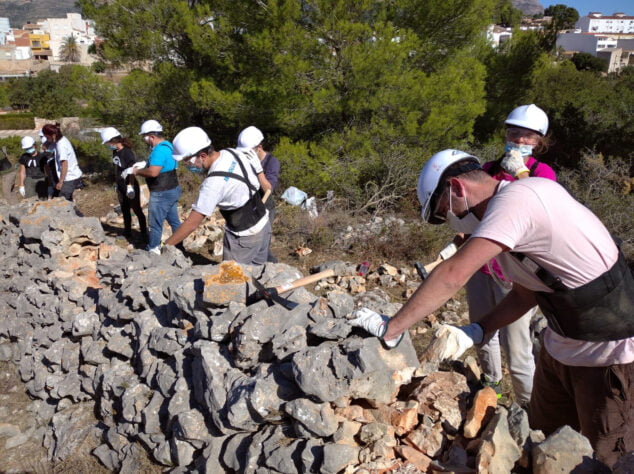 It should be remembered that the workshop aims to be an introduction to this construction technique declared Intangible Heritage of Humanity by UNESCO in 2018 and at the same time an unmistakable emblem in the landscape of our region and with a clear link with the rest of the Mediterranean towns. The complete course includes a total of 40 hours of training divided into three weekends and three different geographical locations in the region: Gata de Gorgos, l'Atzúbia and Parcent, that is, three different municipalities selected according to the technical needs set by the course faculty.

For the MACMA –Mancomunidad Cultural de la Marina Alta– and the Red Joven, many transversal values ​​converge in the dry stone construction workshop, from the vindication of our heritage to the formative and professional revitalization of young generations through Culture. Not in vain, during the first weekend the practical classes at the end of Gata de Gorgos already gave a good result in terms of the construction of the first structures. And, as the saying goes, every stone makes a margin. And, any initiative, of course, opens a path.

Opinion of the strike committee of the Santa Llúcia residence: "They don't understand anything"
20 November 2020

The City Council on the strike at the residence: "The decision was already made before starting the dialogue"
20 November 2020
Leave a comment