The redevelopment project Glorieta and its environment has begun its execution around the same square, with the replacement of the rainwater and wastewater pipes. The project includes an archaeological performance directed by the Alebus company. Patrimonio Histórico SL, with the monitoring of the archaeologist, Noemí Daniel Asensio and the supervision of the Municipal Archeology Service.

The archaeological interventions carried out in the vicinity of the square have provided outstanding immovable remains and material ensembles that have made it possible to discover the urban development of the medina from the XNUMXth-XNUMXth centuries in this sector of the current city and, together with other archaeological interventions, have a very careful vision of its urban fabric. 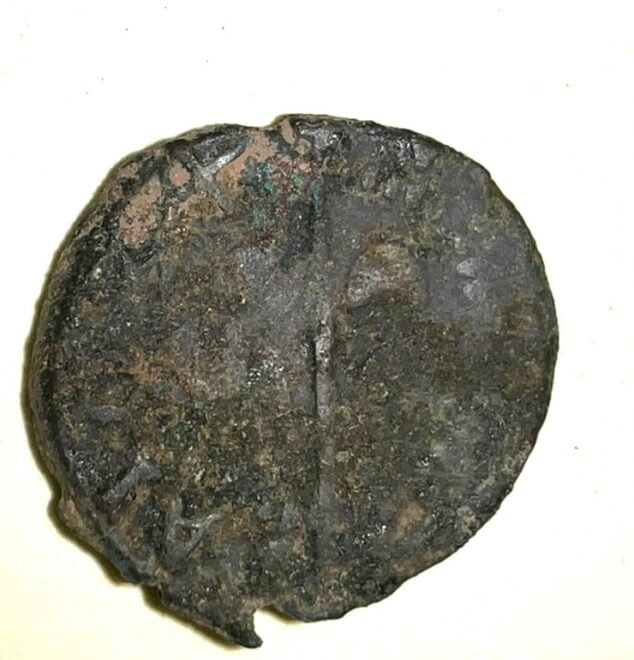 Excavations in the Glorieta. Money with tree of Valencia of Felipe III or Felipe IV

The urbanization process of the Calle Marques de Campo and the installation of the sewerage network that affected the vicinity of the País Valenciano roundabout in 1994, as well as the construction of other elements such as a battery of buried containers in 2007, revealed a complex archaeological stratigraphy with units from the Islamic period. and valuable levels from the medieval Christian era, less well known as far as archaeological research is concerned. Paradigm of these post-Islamic levels, is the set of Italian, Majorcan and Catalan ceramics from the archaeological interventions in the Archive Square, whose chronology ranges from the XNUMXth-XNUMXth centuries. 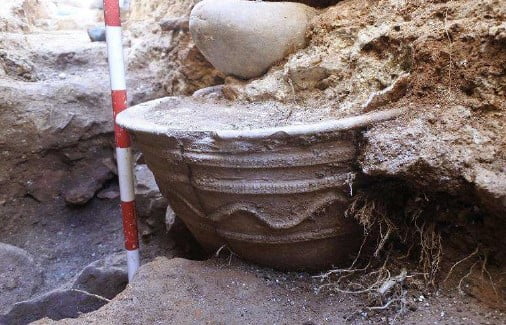 Glorieta excavations. Tiled pond followed by latrine, both delimited by a road

Once again, post-Islamic archaeological stratigraphy has been scant and difficult but present. Some walls dated through a coinage from the XNUMXth century, a coin with a tree from Valencia, perhaps from Felipe III or Felipe IV, accompanied by some ceramic forms, refer us to that chronology.

The archaeological interventions carried out in Ramón y Cajal street in 2017 by the technical team of Arpa Patrimonio SL, reveal a characteristic common to all of them, they provide Islamic architecture immersed in a prestigious urban environment, where domestic dwellings present structures of Carefully made and where wall decorations and tiled patios are common, with decorative banding that sometimes delineates structures related to the use of water for ornamental purposes.

On the other hand, the archeology of the place reveals an issue that distinguishes the Islamic medina, that is, a much more rugged topography in this sector than the current city, with a sensitive slope or dive in a north-south direction.

The archaeological project that has been designed is based on the development of an exhaustive monitoring of all the conditions in the subsoil, although the renovation of certain pipes runs over previous trenches, since they will reveal stratigraphic profiles susceptible to archaeological documentation. Likewise, various surveys have been projected depending on what the archaeological future advises.

Archaeology, however, once again has been generous and has provided us with some unique structures. A road heading northeast/southwest with a sewer, which delimits a dwelling in which a latrine can be seen next to a well-cared-for pool that hides a small canal. The typology of the elements that make up the mortise, bricks measuring 27,00 x 24,00 x 4,00 cm, refers us, once again, to a prestigious urban area where tiles are common.

Once the intervention is finished, which may still give surprises, the vestiges will be covered with geotextile and inert gravel and will remain preserved under the new floor of the Glorieta.