El CFS Dianense- Rte. Mena senior got the first league victory after beating Ribeco Castalla 3-2. The players led by José Luis Mengual had a great match before a pavilion full of fans. 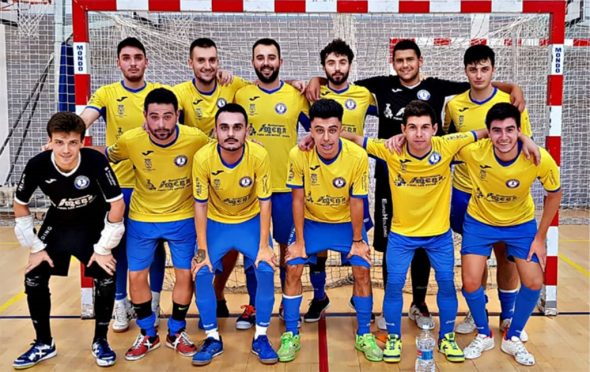 In the resumption, the game remained very even and both teams besieged the rival goal with danger. The Castalla achieved the tie after a good play. But the locals did not lower their arms and turned to look for their first three points.

In the absence of 16 seconds to go, Ferrando achieved the third.

After this goal, two visiting players were ejected for protesting and Castalla had to stay with three players. At the end of the regulatory time, an 3 marker was reached at 2 and three gold points for seniors.

This week, the whole of the Marina Alta will visit the track of Joventut d'Elx, one of the teams that are in the upper area of ​​the table.

The girls of the CFS Dianense Dprint fell defeated by 2-3 against Ribeco Castalla. The match, which was played in the Joan Fuster pavilion, was matched and could fall on the side of either team.

The visitors came forward and left for the break with some advantage. In the resumption, again the girls of the Ribeco Castalla managed to pierce the goal of Ruth. This did not cause those of Manolo Catalán to lower their arms and replace themselves with two goals from Ainara.

The dianenses could have put themselves ahead on the scoreboard if Miryam's shot hadn't crashed into the wood. But with the game open and sometimes in both goals, it was the visitors who took the cat to the water with a goal that condemned the dianenses to another defeat.