Ángela Moltó gets the minimum mark in the 300 meters hurdles

The athlete, Ángela Moltó, comes from participating in the Provincial Championship Sub 16 of Valencia, which was played at the track of Xàtiva. Parallel to this championship a control of marks was made, something that was taken advantage of by athletes of the Athletics Club Baleària Diànium. 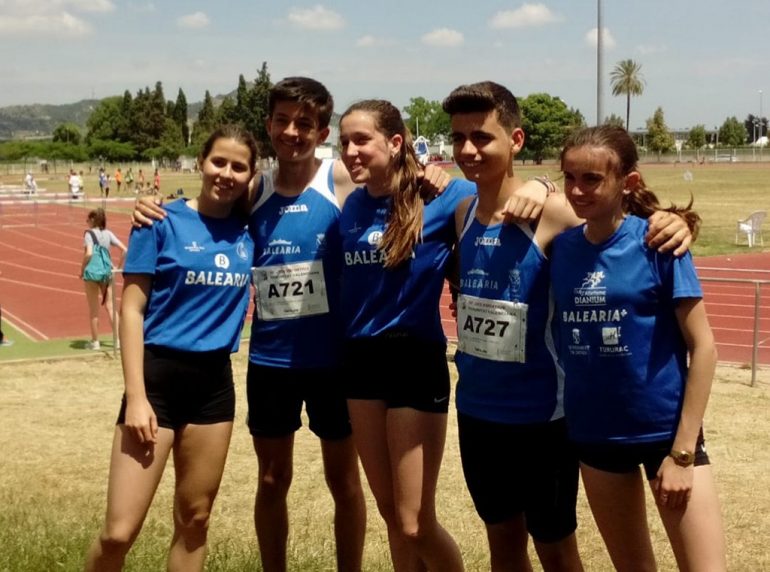 Among these athletes stood out again, Angela Moltó who got a new minimum in the test of the 300 meters hurdles. He was second in his series with a 47.40 time. This same athlete participated in the 100 meters where she finished eighth in her series with an 13.01 brand.

Other athletes who stayed at the doors of getting minimal were; Ana Muñoz who in the 100 meters was eighth in her series with a time of 12.96. He also participated in the javelin throw where he finished ninth in his series. Óscar Comes that in the 600 meters he was fourth in his series with a record of 1: 30.34.

Very good was the performance of Leire Bisquert in the career of the 600 meters where he was second in his series with a brand of 1: 43.88.

Patricia Más disputed the second day of the 1ª División

Patricia More, CA athlete Baleària Diànium, was present in the second day of the First Division of Athletics, played in Burgos as part of the Youth Athletic Elche team. He had a great performance to be second in the hammer throwing contest, improving his best mark with a throw that went to the 42,24 meters.

The club ilicitanto despite having some complications could finally get the victory of the day, occupying the third place in the general classification.

The 16 weekend in June will be the final day, where this team will fight to get the promotion to Division of Honor.