The mall Portal de la Marina has dedicated the cover of the Christmas edition of Magazine, his shopping magazine, two fighters from the Marina Alta. This is Ángel Arcos and María Ferrer, two people who present two stories full of effort and improvement. 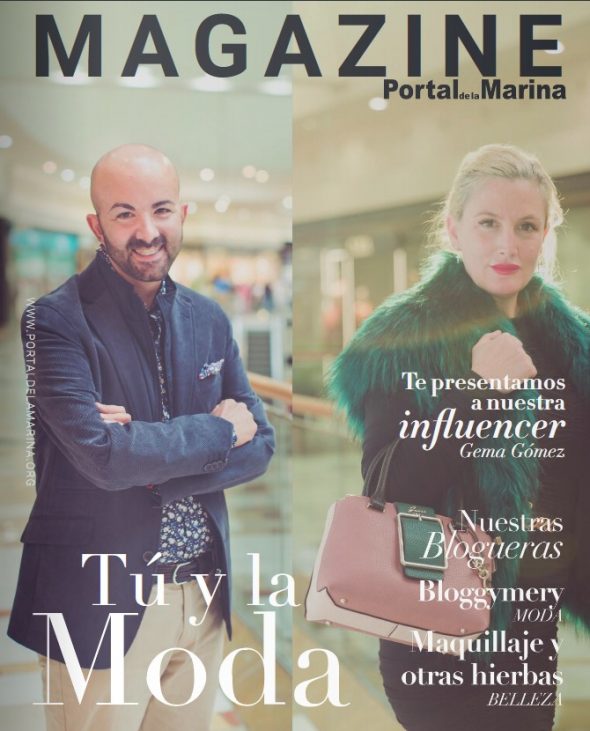 Ángel Arcos, a native of Gandía and resident in Dénia, is suffering from Amyotrophic Lateral Sclerosis, commonly known as ALS. It is a degenerative disease that, however, has not stopped an athlete like him. Just months after the diagnosis he decided to carry out his greatest challenge: to travel 1300 km on foot and by bicycle, from Gandía to Santiago de Compostela. His goal, in addition to sports, was to make this disease considered "rare" and raise funds for various associations. The September 15 came out and last October 28 managed to finish its tour successfully.

The activist of Xàbia María Ferrer, meanwhile, was diagnosed with breast cancer at 42 years. This motivated her to lead a fight, not only against her own cancer, but against those that were not yet detected. Last July 200.000 collected signatures that were worth for the Consell to study the possibility of advancing mammograms to 45 women with a family history. Thanks to this measure, the risk of not being detected with the necessary time for its optimal treatment will be reduced.

The director of Portal de la Marina, Carlos Fita, has stated that "Magazine is a fashion magazine. And on the covers of this type of publications there are always models. In ours too, there are two role models, two referents and two people who have put solidarity, courage and desire into fashion of living. That's why they deserve this and all the covers of the world ".

But the commitment of the commercial complex goes further: they have made two economic contributions for the investigation of the two diseases to the organizations that have chosen the two protagonists.

The magazine can be obtained for free in the shopping center as well as in the associated stores.