The Dianense tennis, Andrea Redondo, was a finalist in the fourth round of the 2018 Young Promise Brand Circuit, which was played at the facilities of Club Tenis Carlet. Redondo could not stop in the final the best game of his rival, Anne Mintegi who won the dianenses by a clear marker of 6-0 and 6-1. Mintegi with a powerful game and with hardly any failures I do not let Andrea Redondo could enter the game. 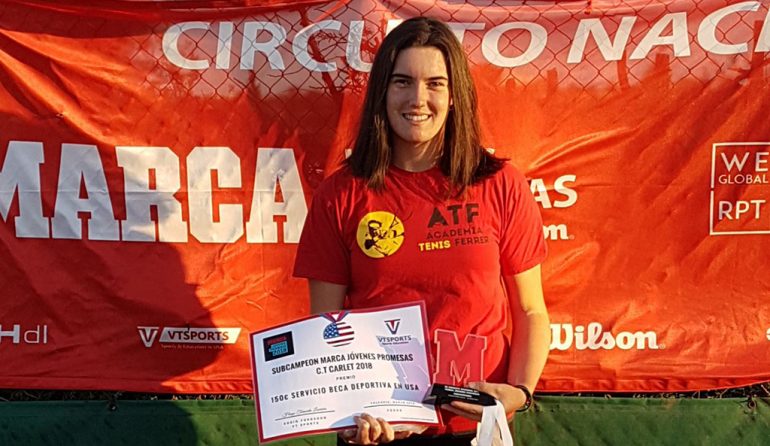 The Redondo step before reaching the final in this tournament was the following. Eliminated Julieta Honrubia in the first round by 6-2 and 6-2. In the round of 16 he left out Elena Pesudo for 6-1 and 6-0. In the eliminatory of quarters it defeated Lidia González by 6-3 and 6-3. In the semifinal imposed its better game before Esther Romero to which it defeated in a hard encounter by, 7-5 and 6-4.

The Carlet tournament is the oldest cadet category of all those held in Spain and Andrea Redondo managed to reach the final, so the player was very satisfied with the achievement.

In the masculine final, Pablo Masjuan could with Pablo Archiles by 6-4, 4-6 and 6-1. Nobody so far has managed to repeat the title in the 2018 circuit although with this result the two champions, who scored in the initial test of the circuit in Madrid, will go to the top group of the circuit. The leaders will play at the end of the regular calendar of fifteen events, the Final Masters in the City of the Racket in Madrid.