The first duathlon where he participated in the duathlon was held in Vinaroz. A test that had three segments. In the first of them he had to cover a distance of 2.000 meter run. In the second, 8.000 meters bicycle and the third, 1.000 meter run.

In this test, Andrea Fernández made the three segments in a time of 27 32 minutes and seconds.
His participation was extended with the dispute of the Cheste Duathlon, a test that was held in the Speed ​​Circuit "Ricardo Tormo". The distances to cover were the same. The dianense improved the time he made in Vinaros, since his final record was 27 minutes and 27 seconds. In the two tests I finished in second place.

After these first two events of the season, the Dianense was very pleased with the progress it has made regarding which marked the previous season. He improved his times in two minutes, and went in less time winner in the previous edition.

Its next meeting will be December 15 when you go to Almoradi, which is where the third round test for School Games is held. 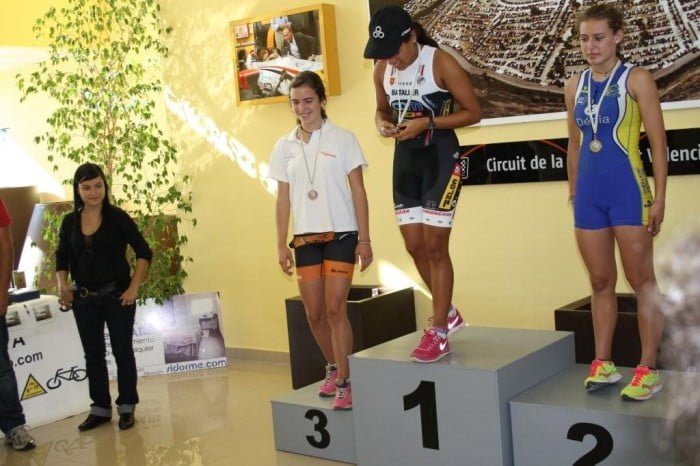