Andrea Fernández was second in the school Triathlon Bétera

The Dianense triathlete, Andrea Fernández It comes as second-placed finish in the X Triathlon Bétera School. A test in which I had to swim 330 meters, later make a second segment 9 kilometers on the bike and finish running 2.000 meters. His total time was 31: 32.

The Dianense was only surpassed by its maximum rival, Sharom Belén García was the first with an extraordinary brand, since I stopped time in 30: 29. 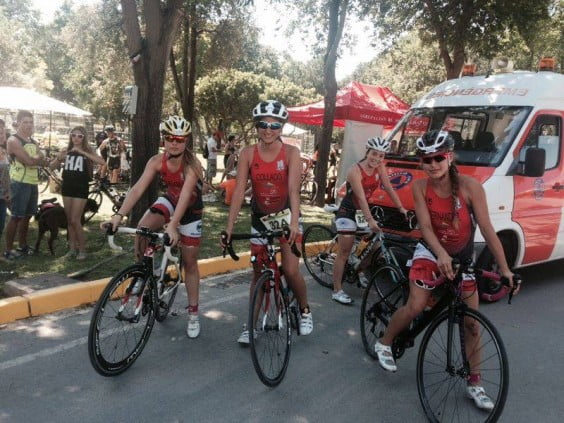 In addition Andrea Fernández also competed in the regional league test triathlon with his companions; Esther Collado, Nerea Segui and Paula Gómez Huracán Valencia Triathlon Club. They managed to finish the race as sixth classified. A great season for this young team in its first year, as both Andrea Fernández and Nerea Segui are cadet category and Esther Gómez Collado and Paula are making 23 Sub portend a great future for this team.