Andrea Fernández was second in the Triathlon Cartagena

The Dianense triathlete, Andrea Fernández Castelló of Multiesport club Marina AltaIt was second in the senior women's classification Supersprint Triathlon Championship in Cartagena. This second Triathlon Cartagena, had a share of female triathletes 50.

The Dianense made a great test, was paired in the three segments with the athlete Aguilas, Andrea Jiménez finally managed 5 second lead on the second lap the circuit run. A minimal advantage that helped him the win.

The next appointment for the Dianense triathlete, will be on June 22 where he will attend to participate in the Championship of Spain Sprint away to take place in the Tarragona town of Altafulla. This is the most important for the triathlete Multiesport Marina Alta appointment because it is the point given in the national championship series Spain. 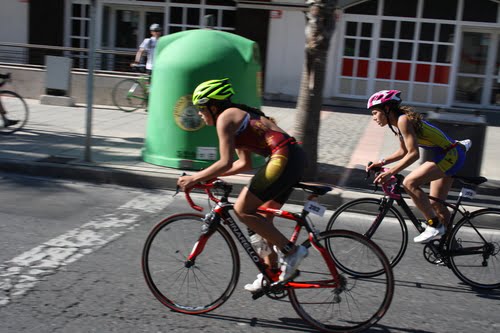