This championship in which Andrea was involved with the team of Valencia took place in Alfas del Pi. The team was composed of three relievers who completed each three segments, swimming 500 meters. A second bike segment 4 kilometers and a third segment foot race 1.500 meters

Andrea did not have it easy. A spectacular fall from his companion on the bike segment the Valencian team relegated to seventh place.
The Dianense had to work hard to make a comeback portentous, handing over in fourth position a few seconds of the representative of the selection of Asturias marching the third.

Valencia last triathlete rallied ahead of the triathletes of Asturias and Andalusia to get the runner-up behind Spain Galicia who was untreatable in the two days getting first place in all events and categories. 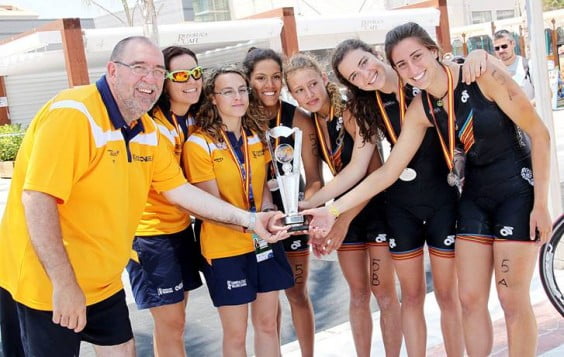