Andrea Fernández got direct place for the Triathlon ProTour 2019

The dianense triathlete Andrea Férnandez managed to obtain the direct place to participate in the first ProTour 2019 of the Spanish women's triathlon, after finishing in the 22 position in her participation in the Spanish Elite Championship held in La Coruña. 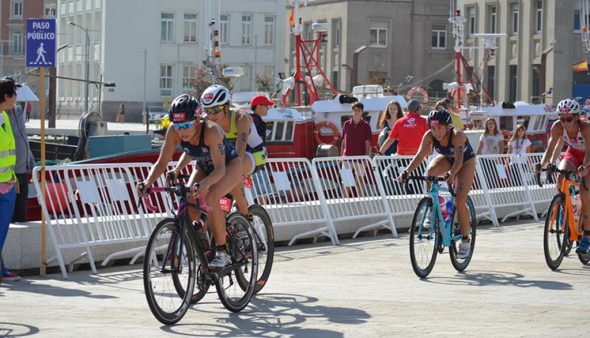 The Dianense triathlete, who won this year's Melilla qualifier, participated in the elite women's category in which the 70 best triathletes in our country met.
The test began at 16 hours in the port of Coruña, the participants had to do 1.500 meters of swimming, followed by 40 km of bicycle in 7 turns to an urban circuit and finally 10 km of running race. 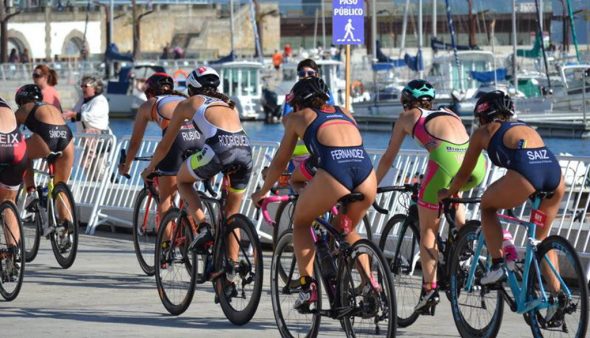 Andrea in the cycling sector

Andrea, who made a great test with a very fast swimming segment in which he was not off the hook, took the initiative by taking the command of a second cyclist group somewhat off the big triathletes, pulling hard so as not to waste much time with respect to the head race.

At the end of the cycling segment, the shoes were fitted with a large group to carry out the 10 km of running race and entered the goal of the María Pita Square in the 22 position with a time of 2 hours 9 minutes and 39 seconds.

The ProTour 2019 will be held in Pontevedra on 12 and 13 in October, a competition organized by the Spanish Triathlon Federation and that will bring together the best male and female triathletes 40.

The absolute world champions Javier Gómez Noia and Mario Mola, the Sub 23 world champion of this year Roberto Sánchez Mantecón, as well as the international Fernando Alarza, Antonio Serrat, Sara Pérez, Ana Godoy and Tamara Gómez confirm their participation. A great poster for an excellent test in a different format.

On Saturday there will be two Supersprint tests in a row in which, in each finished segment, the last 5 triathletes will be eliminated so that only 15 is left in the last race. On Sunday there are two tests with 20 triathletes in each of them and the best 10 will play a great final. We hope Andrea can reach her, good luck.